Showing posts from July, 2014
Show all

“Who are you?” This is what Olivia (Anna Gunn) asks at the beginning and end of Laura Eason ’s play, Sex with Strangers . The question is directed at a different person each time it is asked, and while it is both the first and last line of the play, it hangs over Olivia and Ethan (Billy Magnussen) throughout.  The two-hander begins with Olivia sitting in a secluded bed and breakfast (of which she’s a guest) in the Michigan woods. Ethan, another (unexpected) guest, barges in, ostensibly looking for a quiet place to write. (The space is known as a writer’s haven.) The two begin talking, exchanging some bits of information but not others, trying to figure out the answer to Olivia’s question. The second act sees them in Olivia’s cramped Chicago apartment, and while the circumstances have changed (they evolved over the few days seen in the first act), the quest to understand who they are, as individuals and to each other, remains.   I’ll diverge for a moment to remind you of the
Post a Comment
Read more

I'm sure you've watched a daytime soap. Maybe you've even watched a Spanish soap. Those daily serials that are totally ridiculous but totally fun because they are so implausibly juicy and anything can happen. You watch for the same reason people rubberneck at a crash site. It works on TV. It doesn't work so well on stage. Tanya Saracho 's Mala Hierba , directed by Jerry Ruiz , is being presented at Second Stage as part of the off-Broadway company's Uptown summer series. The title means bad weed in Spanish, and while Saracho's writing (peppered with Spanish) is just good enough to keep me from calling this a bad play, I can't say it's a good one. Mala Hierba  is a daytime soap on stage but the problem with this overwrought play is that it doesn't have the benefit of extreme close ups, underscoring or any of the other tricks of television that make TV soaps so wonderfully cheese-tastic and worth watching. Instead, the four women of Mala Hierb
Post a Comment
Read more 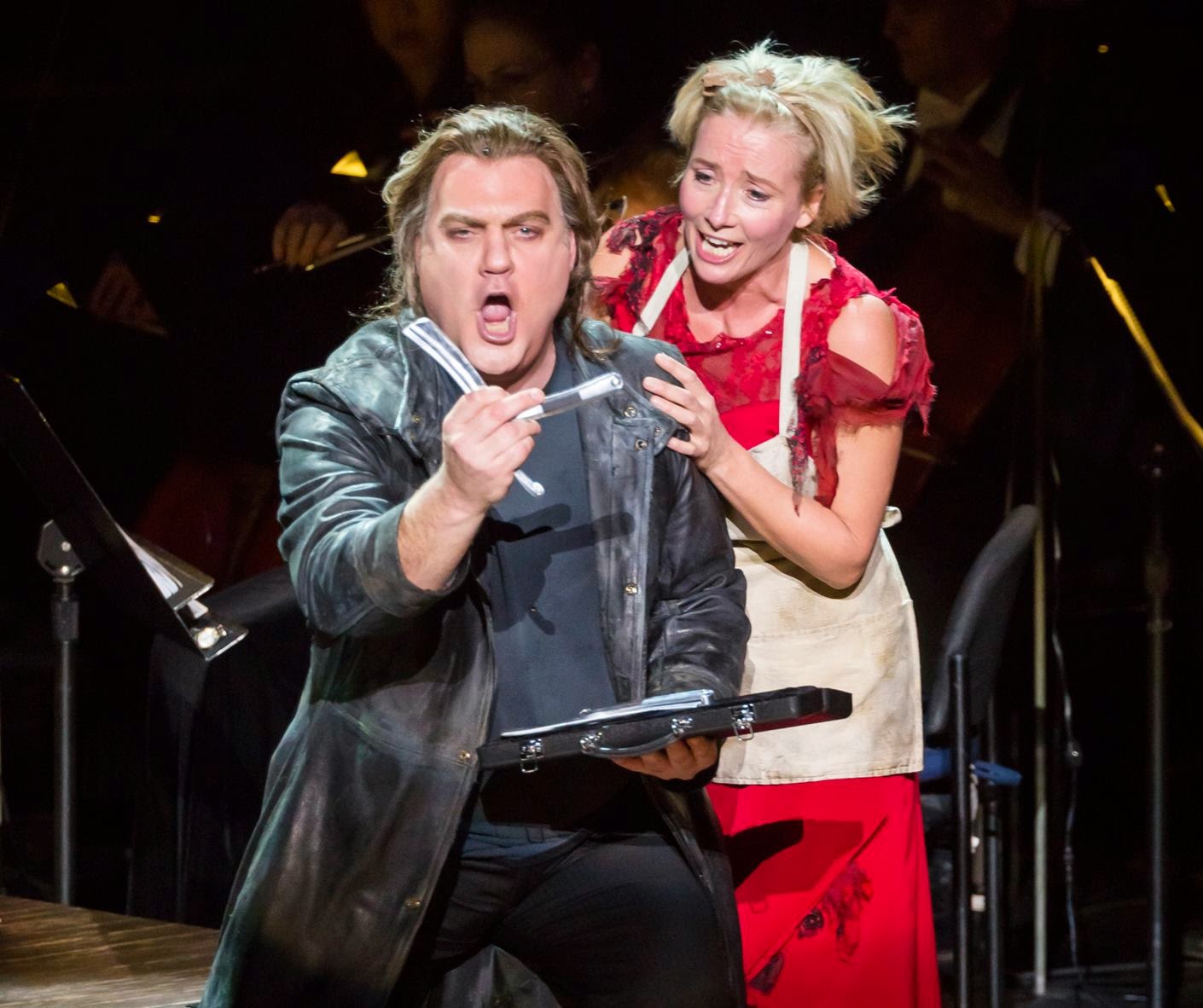 PBS Fall Arts Series Announced The lineup for PBS's Fall Arts Festival (airing on consecutive Fridays this fall) has been announced, and it's a great slate of programming. First up, on September 26, is the New York Philharmonic concert presentation of Sweeney Todd , performed this past spring with Emma Thompson as Mrs. Lovett. Next, on October 3, will be Austin City Limits Celebrates 40 Years , in which musicians, including Foo Fighters , Gary Clark, Jr. and Bonnie Raitt , will play and pay tribute to the famed series. That will be followed, on October 10, by The Nance , which bowed on Broadway in the 2012-2013 season and starred Nathan Lane . Other broadcasts include the Great Performances concert featuring Tony Bennett and Lady Gaga (October 24) and Kristin Chenoweth 's Coming Home concert (November 28). Visit Broadwayworld.com for the full schedule, then mark your calendars, set your DVR or fire up your PBS Roku channel! Casting Updates Film — Aaron Tveit
Post a Comment
Read more 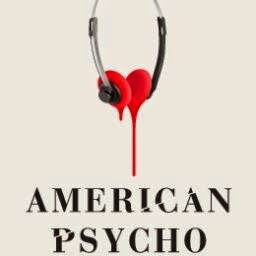 American Psycho Coming to Off-Broadway The musical stage adaptation of the cult favorite American Psycho will debut in the US as part of Second Stage 's 2014-2015 season. The musical features a score by Duncan Sheik , who won acclaim and Tonys for Spring Awakening , and a book by Roberto Aguirre-Sacasa , who served as show doctor for Spider-man: Turn Off the Dark . Rupert Goold directed the London premiere and will reprise his work for the off-Broadway bow, which will begin in February 2015. The American Psycho film (which starred Christian Bale ( American Hustle )) and musical are based on the Bret Easton Ellis novel. Broadway.com has more. Broadway Dates and Theatre Announced for An American in Paris Great news: Dates and a theatre for the stage adaptation of the beloved Gene Kelly movie have been confirmed. After a world premiere in Paris (November 11, 2014-January 4, 2015), the Gershwin musical will bow on Broadway at the Palace Theatre. Previews are scheduled to
1 comment
Read more 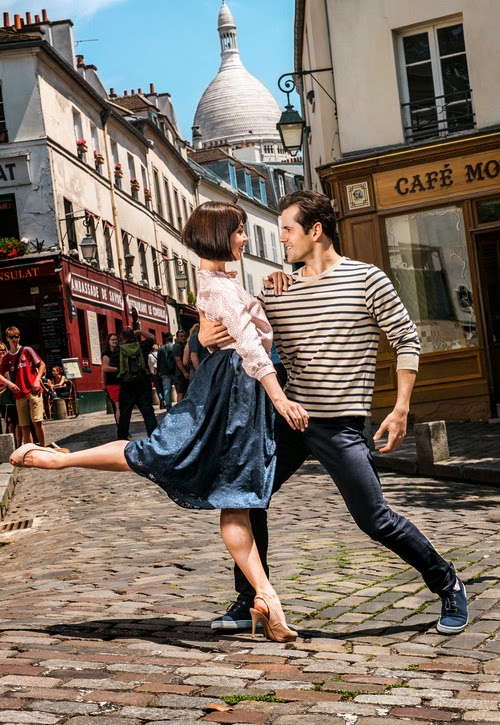 An American in Paris —First Photos! 'Swonderful! The first promotional photos for the stage adaptation of An American in Paris have been released , and they look incredible! (The photo on the right is one of them. Gorgeous, isn't it?) The photos feature stars Robbie Fairchild (NYCB principal dancer, A Place for Us ) and Leanne Cope dancing around Paris. An American in Paris is inspired by the Gene Kelly film and boasts a score of Gershwin favorites. The stage adaptation is directed and choreographed by Christopher Wheeldon ( Cinderella , A Place for Us ), making his stage directorial debut, and features a book by Craig Lucas . An American in Paris will debut in Paris at the Theatre du Chatelet , running November 11, 2014, through January 4, 2015, and a spring 2015 Broadway bow is expected. Visit the Theatre du Chatelet blog to view more photos. "Cookie-tin Banjo" Music Video Last week , Benjamin Scheuer sang "Cookie-tin Banjo" for a New York
Post a Comment
Read more

The nominees for the 66th annual Emmy Awards have been announced. Herein, a list of many of the nominees. Visit emmys.com for the full list. DRAMA Drama Series Breaking Bad Downton Abbey Game of Thrones House of Cards Mad Men True Detective I'm bummed to see The Good Wife didn't make the list. It had such an incredible season. As it stands, this is a good slate. House of Cards and Game of Thrones were terrific this season, but I'm betting things will break well for Breaking Bad 's final season.  Lead Actress Michelle Dockery, Downton Abbey Julianna Margulies, The Good Wife Claire Danes, Homeland Robin Wright, House of Cards Lizzy Caplan, Masters of Sex Kerry Washington, Scandal What a talented crop of ladies. I've never watched Scandal and only last night did I start watching Masters of Sex (so far so good), but even among the first four ladies... This was a breakout season for Julianna Margulies, but I think Robin Wright is flawles
Post a Comment
Read more
More posts