Page to Screen
Academy Award winnerLeonardo DiCaprio (The Revenant) is set to star in a film adaptation of Killers of the Flower Moon: The Osage Murders and the Birth of the FBI, a David Grann novel. (Obviously, they'll have to change the title.) DiCaprio will reteam with legendary director Martin Scorsese (they collaborated on The Departed, Shutter Island, and other films) for the project, which is still in the fledgling stages. The novel is being adapted by screenwrite Eric Roth (Forrest Gump). Variety has more.
Two-time Academy Award winner and Tony nomineeCate Blanchett (Blue Jasmine, The Present) is set to star in the adaptation of Where'd you Go, Bernadette?, which, BTW, is not about Bernadette Peters. The Maria Semple novel focuses on a woman who mysteriously leaves her husband and child. Blanchett will be joined on screen by Billy Crudup (The Metal Children, Spotlight) and Kristen Wiig. Boyhood mastermind Richard Linklater co-adapted the screenplay (with Vince Palmo and …
1 comment
Read more 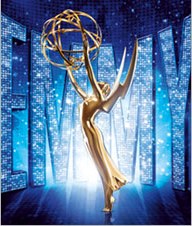 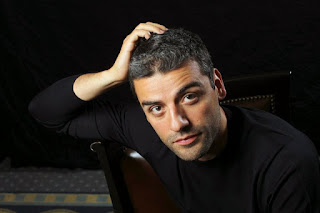 (Scroll down for news about Oscar Isaac and his Hamlet co-star, Keegan-Michael Key.)
Josh Groban on Your Coffee Table
This week, Josh Groban teased a coffee table book, Stage to Stage: My Journey to Broadway. In his tweet, Groban said, "The last few years have been insane. So I made a coffee table book about it. It's full of great memories." Later, in an Instagram post, the crooner said, "We collected so many photos and memories from the last few years. Recording the Stages album, promoting it, doing a tour that took me around the world and back, and then signing on and completing my debut in Great Comet...it's all been one serendipitous dream." Groban just completed his run in Natasha, Pierre, and the Great Comet of 1812, marking his much-anticipated and highly acclaimed Broadway debut.