Showing posts from July, 2011
Show all

Photos Galore It's been an exciting week on Broadway, off-Broadway and in New York, and Broadwayworld.com was on hand to capture it all: The Hippies, currently camped out at the St James Theatre for the summer, held a Be-In at Rockwood Music Hall on Sunday. ( Check out these new production stills, too! ) Rent has returned to New York in a production at off-Broadway's New World Stages. (I haven't "paid rent" yet, but as soon as I do, I'll let you know how this now period-piece feels in 2011. In the meantime, check-in with the production's Maureen, Annaleigh Ashford, via Broadway.com .) Ricky and Rod, our favorite puppet couple from Avenue Q , got hitched on Sunday , the first day same-sex couples could legally marry in the state of New York! (For more information about how the theatre community is rallying in support of marriage equality, visit BroadwayImpact.com.) Tony News The 2011 Tony award were presented only a little over a month ago and the 2
Post a Comment
Read more 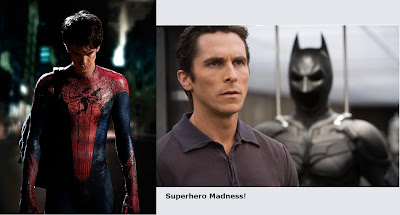 Broadway in Bryant Park If it's summer, it's Broadway in Bryant Park. Last week, the talented folks at Catch Me if You Can performed three songs from the show, "Jet Set," "Fly Fly Away" and (my favorite) "Goodbye." Broadwayworld.com has great photo coverage of the event, which also included performances from the casts Chicago , Newsical the Musical and Million Dollar Quartet . They also have video of Catch Me 's performance . Watch and enjoy! (And here's bonus video coverage, courtesy of Playbill.com!) Summer of Love! Hair is back, Hippies !!! Though the Tony-winning revival of Hair closed over a year ago, a Tribe has been out on tour and has decamped at Broadway's St James theatre for the Summer of Love. The limited run began previews on July 5 (I saw it on the 6th) and they celebrated their official opening last week, on July 14. To help you celebrate, here are some Hippie yips for you: Photos from the gypsy robe ceremony and
Post a Comment
Read more 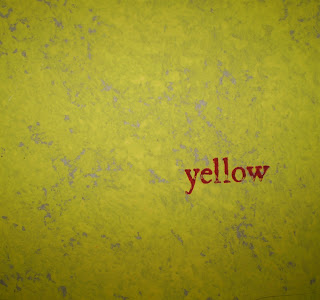 The Spring Standards are releasing a new record, Yellow !!! The seven-song album was once again funded by a Kickstarter campaign, to which I am a proud contributor. This is a fantastic new album. There seems to be a cohesiveness to this record, like this collection of songs had to appear on an album together, they couldn’t be separated. They all seem to reflect The Spring Standards’ time on the road, away from friends and family. And it’s full of questions. James Cleare, Heather Robb and James Smith have once again created a beautiful, relatable record, with earthy sprawl, folksy charm and not just a little bit of good old rock and roll. Herein, some first thoughts about the tracks: "Only Skin" – creeping, haunting; builds in depth with distant sounds; it sounds like longing, matching the wistful lyric "Heavy Home" – rambling, on the road; really intimate ending; I love Cleare’s voice "Chicago" – a sweet and lovely song "Crushing Pennies"
Post a Comment
Read more 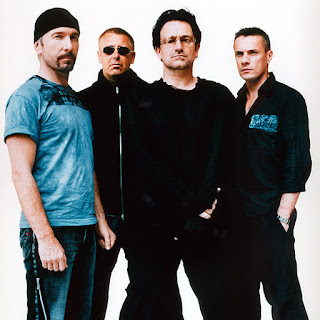 Last week, I finally got to see U2 in concert! It was an exciting experience, to say the least. U2 is a hugely popular band with multi-generational appeal, and this concert drew everyone from tweens and teens to their parents and probably even grandparents. (Cool, hip grannies, of course.) This stop on U2’s 360 tour was, without a doubt, the largest concert I had ever been to. The venue, the Lincoln Financial Field, is a football stadium, home to the Philadelphia Eagles (Boo! Go Giants!), that seats 67,594 people. This bests Madison Square Garden, which, at most, seats 19,763. So this wasn’t exactly an intimate show. Which I suppose is okay because Bono (a.k.a. Paul Hewson), the Edge (a.k.a. David Evans), Larry Mullen and Adam Clayton know how to put on a show. But you know what, that was something that actually struck me as wonderfully quaint: It’s just the four of them up there. Obviously there are tons of people backstage helping to make the show happen, but it’s just the f
Post a Comment
Read more 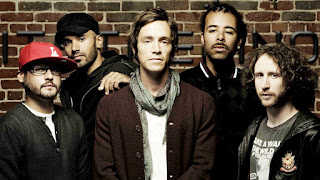 Broadway Barks The 13th annual Broadway Barks was held this weekend in Shubert Alley. Organized by Bernadette Peters and Mary Tyler Moore, Broadway Barks is a "dog and cat adopt-a-thon benefiting NYC animal shelters and adoption agencies." Each year, Broadway folks come out to add to the event's profile and this year Broadway's brightest stars (like Aaron Tveit, right) pandered to patrons on behalf of the puppies. Broadwayworld.com has full photo coverage of the event: backstage part one ; backstage part two ; presentation . For more information, visit broadwaybarks.com or contact the ASPCA to find a shelter in your area. Best of 2011 - So Far Rolling Stone 's resident movie critic Peter Travers doles out his picks for the best films of 2011 thus far. Would you be surprised to find out that I haven't seen one of them? You know, dear readers, that I don't get to the multiplex that often. However, of his picks, I'm interested in seeing (and have add
Post a Comment
Read more 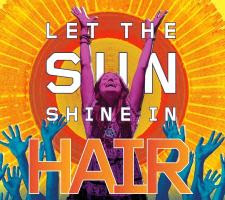 Hair is Back! The Hippies are back on Broadway, and this time they've taken over the St James. I had the pleasure of dancing with them (including a high school classmate who plays a Tribe member!!!) on Wednesday and they were amazing. They are here in New York until September 5 for the Summer of Love. Please go visit them, dear readers, and turn on, tune in and drop out! Check out this video, courtesy of Givenik , of the load in (that is, the crew setting up the set). Gods Behaving Badly In a new movie adapted from Marie Phillips's comic fantasy novel, Christopher Walken, Phylicia Rashad, Oliver Platt and Edie Falco will play Greek gods forced to live among mere mortals in modern-day New York. Sounds like fun, right? Filming begins in New York this month, and in addition to the aforementioned Broadway alumni, Alicia Silverstone, Gideon Glick and John Turturro will also star. Visit Playbill.com for more details. Happy 100th! No, this isn't a Willard Scott Today segme
Post a Comment
Read more

When my friend and I settled into our seats at Second Stage Theatre for a preview of Zach Braff’s All New People , I listened to the pre-show music and told my friend, “Finally, a Zach Braff project with music that doesn’t make me want to kill myself.” Unfortunately, the protagonist in All New People didn’t feel the same way. We meet Charlie (Justin Bartha) as he is about to off himself using a taunting orange extension cord strung up from the high ceiling of the Hamptons summer home in which he’s hiding out on a cold and snowy winter day. An absent minded real estate agent, Emma (Krysten Ritter), barges in, thinking the home is unoccupied and therefore ready to be shown. She helps Charlie down from the noose and calls her firefighter buddy Myron (a sharp David Wilson Barnes) to come assess the situation. Later on, the high-priced escort Kim (Anna Camp) arrives, courtesy of one of Charlie’s friend. This situation has the makings for either wonderfully absurd comedy or devas
Post a Comment
Read more 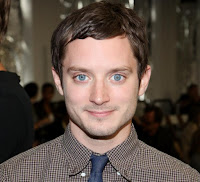 Wilfred Dear readers, are you watching Wilfred ? It's a new dark comedy on FX starring Elijah Wood. His character, Ryan, befriends Wilfred, his neighbor's dog. Well, to everyone but Ryan, Wilfred appears as a dog. To Ryan, Wilfred appears as a man in a dog suit. It's crazy but also wickedly good. Check your local listings for air dates and times. And in the meantime, read through this AV Club interview with Wood. Muppet Madness As we look forward to the Thanksgiving release of The Muppets , the new Muppet movie starring and co-written by Jason Segel, I'll do my best to bring you various Muppet news. August will see the release of The Green Album on which contemporary artists, like Weezer, cover Muppet songs, like "Rainbow Connection." Visit pitchfork.com for the track listing. Need to brush up your Muppet? Empire Online has a guide to the Muppet movies , beginning with The Muppet Movie (my very favorite movie, Muppet or otherwise) and continuing through
Post a Comment
Read more
More posts