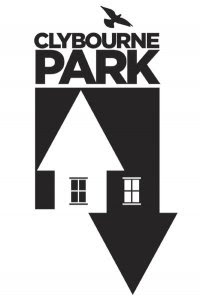 “Some ghosts are never gone.” That’s a lyric from Next to Normal but it’s also the main theme in the excellent new play currently enjoying its world premiere at Playwrights Horizons, Clybourne Park. Clybourne Park takes place over two acts, the first set in 1959 and the second in 2009, both in the

same home in Chicago. In his thought provoking, witty and entertaining new play, playwright Bruce Norris explores timeless racial tensions and social mores in both funny and heartfelt ways without ever losing a sense of reality or needlessly crossing into preaching territory. I also like the way, particularly in the first act, the details are revealed naturally throughout the act, so we don’t know everyone’s full story from the start. I like this construction because it’s real. The play begins and we’re coming into these people’s lives “in progress.” To include some sort of expository dialogue at the beginning is ultimately insulting to the audience, as it lacks verisimilitude and also assumes they can’t pay attention and figure out what’s going on. I asked Norris if this construction was intentional and he said it absolutely was. He shares my distaste for overtly setting the scene. His writing is smart and patter-ific. The way the folks debated both the asinine and the truly important was reminiscent of Aaron Sorkin’s writing so right away I was hooked. I’ve never read or seen any of Norris’s other plays, but I will now!
Director Pam MacKinnon does a wonderful job of pacing the play, finding just the right beats to let either the laughter erupt or your heart drop. During a post performance discussion, MacKinnon was asked, since the play is still in previews, what has changed during this time. She said that some of the beats were actually different when they began; the company needed to put the play in front of an audience to really learn where the jokes actually land and what moments actually resonant. Well, I think they’ve got it down now - I wouldn’t change a thing. (I may go back after the play opens to see if there are any changes.)
Perhaps most impressive were the fantastic actors. There wasn’t a weak one among them, and I was delighted to see them seamlessly transition from their 1959 characters to their 2009 characters without treading into stock or stereotype territory. Bravo to the ensemble. 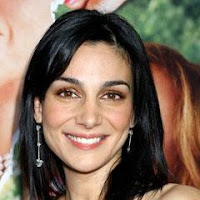 I kind of knew I was going to be impressed, though. Going into the play, I knew that Annie Parisse was featured. She was excellent last season at Second Stage’s Becky Shaw, playing the title character, so I was looking forward to seeing her here. When I read the other actor’s bios in the playbill, I realized I’d seen, including Parisse, four of the seven actors in other works - and liked them all - so I knew I was in for a treat. Starting the play were Christina Kirk and Frank Wood. Wood was good in August: Osage County a couple of seasons ago, and was tempered and serviceable here, too. Kirk I knew from one of my favorite movies, Safe Men. I had never seen her in anything but Safe Men, though she has several stage and screen credits to her name and is associated with two theatre companies. Kirk was equally believable as a fraught housewife of 1959 (in the first act) and a high strung, obnoxious lawyer in 2009 (in the second act.) Parisse was excellent in both acts, playing a deaf woman (sincerely - nothing was cheap or flip) in the first act and a modern bohemian in the

second. And the fourth actor I “knew” was Jeremy Shamos, who was terribly impressive and affecting two summers ago in Animals Out of Paper, a sweet three character play that was part of Second Stage’s Summer Uptown series. Shamos played, in both acts, the center of the storm and he was terrific in both eras. In the first act he was Karl Linder, and yes, the A Raisin in the Sun reference was intentional. (Playwright Norris said, hands down, that the first act, in which a white family sells their house to unknown buyers who happen to be black, much to the dismay of the rest of the white community, was completely inspired by that play.) Linder stirs up the discussion of racial tensions and Shamos’s character in the second act, Steve, does the same thing, although amid different circumstances.
And that’s the interesting thing about this play. The circumstances are different, but ultimately the discussion about race is the same: Fifty years have passed and we still have to tip toe around the elephant in the room, engaging the various social mores of the times to get around a truly civil and substantive discussion on the subject. The language changes and the way the characters relate to and interact with one another changes, but the crux of the issue does not. We still haven’t figured out how to have a discussion about race - or gender or sexuality or disabilities - without being afraid of using the politically incorrect term and offending someone or without eliciting a rise out of someone who inferred racism where there wasn’t any expressed.
This is a terrific new play. Norris said that there is a DC production opening up (it’s going to be at the Woolly Mammoth Theatre from March through April) and given Norris’s history with Chicago’s theatres, a production will likely pop up there sometime, too. I hope that it has life after those productions because it is really so good and so important right now. Our country has a black president but that hasn’t changed deep seated feelings and tensions about race. We need to continue talking about this and other important issues, to try to understand one another better. Like great art, Clybourne Park is a catalyst for such discussion, and it’s darkly funny and entertaining to boot!
off-Broadway theatre