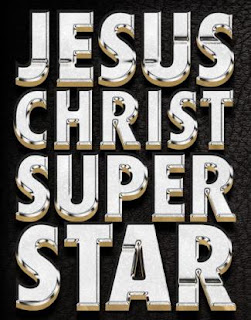 Jesus Christ, what is happening at the Neil Simon? I’m just going to come right out and say it, dear readers: Jesus Christ Superstar is awful. I gave serious consideration to walking out during intermission. (But then I heard Ben Folds singing (in my head), “I paid my money,” and I stayed.) Unfortunately, because of the marquee value of a certain hippie, the tourists are likely to come in droves. But heed my warning and take advice from another (better) musical about Jesus: Turn back, old man!

Let’s separate the show from the production. At first, I thought I could split the blame about 75-25, show to production. After speaking with a colleague who hasn’t seen this production but did walk out of the previous Broadway revival of this Andrew Lloyd Webber–Tim Rice pop-opera, I think it’s more 90-10.

One of the major problems with this show is that there is a supposition that you already know Jesus’s story, and that going into the show, Jesus is your homeboy. If that is actually the case, you may feel some connection to the “characters” and to what’s happening. If, on the other hand, that is not your baseline, it’s quite a different experience.

There is no character development. Someone who isn’t compelled by Jesus the religious figure will absolutely not be moved by Jesus the character—there is no character! He’s just a guy whining on stage.
The story, which chronicles the six days leading up to Passover/Jesus’s crucifixion, is familiar enough to the general population (and, in this production, its telling is aided by electronic, scrolling supertitles) that you won’t be lost, which is a good thing because you can’t really decipher what’s being sung on stage. And that leads me to the other huge problem with Jesus Christ Superstar: the terrible, awful, no good score.

The pure 80s synth score is like a sustained, two-hour caterwaul. It’s anathema to actual music. This soulless score is not helped by the production’s sound design, by Steve Canyon Kennedy. The opening of the show was punishingly loud and shrill. I couldn’t hear most of the lyrics because they were getting caught in the fuzz of the abusive score. I’ll concede that there are a couple of songs that might be worth hearing in some sort of concert presentation—standing alone, out of context. But everything at once is much too much.

And furthermore, I’m not sure what the point of the show is, particularly with regard to the title. On the one hand, is this meant to show that Jesus was simply an ambivalent and often reluctant leader? Yes, he goes around healing, but he also does a great deal of whining in this series of scenes. On the other hand, this seems to portray Judas as rather sympathetic. He betrays Jesus because he feels betrayed by JC; he feels that Jesus—perhaps because of his fame, because of his “superstar” status—has betrayed their shared principles and that turning in his friend is the only way the ideals they both once espoused can be carried out. And the questions keep coming when you hear “Superstar.” The lyrics go: “Jesus Christ/Super star/who are you/what did you sacrifice/Jesus Christ/Super star/do you think/you’re what they say you are.” Are they asking if Jesus was a heretic? (Can Jesus even be a heretic?) Was he a misunderstood martyr? Or maybe he was an egomaniacal superstar. But isn’t the superstar persona, and the gilded costume he wears at the end, counterintuitive to his teachings and hippie lifestyle? Moreover, why in the world does Judas come out and sing this, in a spiffed up, televangelist sparkly costume, no less? Has Judas risen? Can anyone elucidate?

(Before I delve fully into the production, I have to say: “Herrod’s Song” was horrifically garish. Totally out of left field and full of bombast. I wanted to boo.)

As for the production, it was okay but not without its faults. This Des McAnuff-directed (awkwardly, I might add) production uses projections—that add nothing! In fact, they mostly take you out of the production. They look like bad video game graphics, or some lame CGI “enhancement” you might expect from CNN. The ones I could see, anyway. Robert Brill designed an easily movable set that—mercifully—keeps the production running at a quick clip, but his proscenium blocks a number of video designer Sean Nieuwenhuis’s “slating” projections, which are meant to help you keep track of the story. The lighting design by Howell Binkley serves the show well. It is the most effective element of the production. I particularly like the scenes in which torches are meant to illuminate the stage. They provided about the only softness in the harsh, aggressive production.

Really, though, in all of this I feel bad for the actors. Most of them come from Canada’s renowned Stratford Shakespeare Festival, which premiered this production last year. (Watch Slings & Arrows, which follows the trials and tribulations of the company comprising the fictional Stratford-esque New Burbage Festival.)

Paul Nolan is fine as Jesus. Reminding me of a young Adam Pascal, Nolan delivered in the pivotal “Gethsemane.” Unfortunately, the staging was so restrictive that despite his efforts, Nolan couldn’t impress. And I’m not sure if this was Nolan’s choice, the direction he was given or simply the material, but for most of the show Nolan seemed about as animated as a wax statue.

By contrast, if there is anything to be enjoyed in this production it is Josh Young as Judas. Sure, Judas is supposedly the villain, but as Young plays him, he’s the only fully developed character. He has varied emotions and palpable passions. Young has a strong and powerful voice, one I’m sure I’d thrill over if he was singing a different, better score. (His bio states he’s played Tony in West Side Story; I’d definitely like to hear him sing “Maria.”)

Alas, for you, Jesus Christ Superstar. Save the people, leave this beautiful city of ours alone and go back to Canada. I beseech thee.
Broadway musical theatre