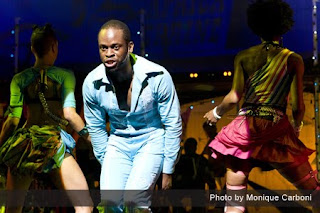 In the interest of efficiency, rather than back-logging I instead offer this briefing of shows I’ve seen (that are still playing and that I didn’t review in depth in a previous post). Going forward, I’ll share my complete thoughts about and reactions to shows, concerts, et al as I see them. This post is the Broadway edition. A smaller off-Broadway edition will be posted later.