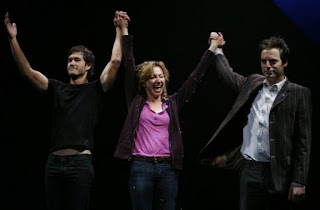 As promised, here’s an off-Broadway Briefing: