How I Learned to Drive

I remember seeing a production of Paula Vogel’s Pulitzer Prize-winning play How I Learned to Drive at a community theatre in South Florida when I was in high school. (Fun side note: the woman who played the lead showed up as my substitute drama teacher a month later.) From that production on, I have been fascinated by the play. I mined it for monologues for auditions and classes; I delighted in revisiting it for play analysis classes in college; and, every now and then, I think of “A Mother’s Guide to Social Drinking” when I’m out on a date. So I was excited to see Second Stage’s production of this modern classic (which comes complete with a Greek chorus), and my friend and I agreed that it lived up to our expectations.

The play is told in “reverse gear,” down shifting and changing lanes as necessary, as Li’l Bit (Elizabeth Reaser) tells us how she learned to drive – which is ultimately the story of how, beginning at age 11, she had a sexual relationship with her Uncle Peck (Norbert Leo Butz). (Kevin Cahoon, Jennifer Regan and Marnie Schulenburg offer great support as the Male, Female and Teenage Greek Choruses, portraying a variety of characters including Li’l Bit’s mother and Peck’s wife, Aunt Mary.)

What I find so remarkable about this play is the way it is sympathetic to both Li’l Bit and Uncle Peck. Vogel doesn’t write Peck as a monster. Certainly what he does in horrible and unforgiveable, but she writes a full character and so there are moments when you think, “Wow. What a good uncle. Look at how he’s instilling confidence in the youngsters in his life.” Of course, just as he’s gentle and encouraging with the young cousin Bobby in one scene, he’s lecherous and inarguably inappropriate Li'l Bit in the next.

By the same token, Li’l Bit isn’t written as an innocent bystander. Throughout the play, we see her willfully put herself in compromising positions, continually pleading with her mother, for example, to let her have alone time with Uncle Peck. (When the Female Greek Chorus, as Aunt Mary, points this out, it’s particularly powerful.) 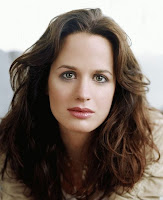 And those complex characters come fully to life thanks to Butz and Reaser (under the effective direction of Kate Whoriskey). You may recognize Elizabeth Reaser from The Family Stone or her guest appearances on The Good Wife. I was impressed by her performance, especially the way she was able to transition between ages and attitudes. The structure of the play has Li’l Bit breaking the fourth wall and narrating some events directly to the audience. Reaser seamlessly went from a recovered, fully functioning adult to a confused, petulant 13-year old. She expressed every layer Vogel had written into the character.

She is equally matched by two-time Tony Award-winner Norbert Leo Butz. To be fair, I’m inclined to like Butz, having fallen in love with his voice on the The Last 5 Years cast recording, and thrilling over some of his past stage roles, including his recent turn in Catch Me if You Can. But he had to work extra hard to get me to like him in this – he was, after all, playing a pedophile. And while I still don’t like Uncle Peck, Butz gave a terrific performance. Like Reaser, Butz deftly handled the complexity of his character. I was particularly chilled by the look in his eyes toward the end of the play. Uncle Peck and Li’l Bit have their final encounter and Butz sits on the edge of the bed with a possessed look on his face. It’s a look that says he’s empty inside; that he’s scared; that the last string of hope just snapped. Butz is entirely still – almost catatonic looking – but there is a frenzy of emotions swirling inside.

Don’t miss this excellent production. How I Learned to Drive runs through March 11 at Second Stage Theatre. Visit 2st.com for details and to purchase tickets.