“It’s kind of nice to laugh at what we fear the most,” commented a woman during a post-show discussion with Modern Terrorism’s writer, Jon Kern, and director, Peter DuBois.


Engaging us from the start, Modern Terrorism brings us inside a New York apartment in which Qala (William Jackson Harper) is planning an attack on the city, to be carried out by the youthful Rahim (Utkarsh Ambudkar). Yalda (Nitya Vidyasagar) is on hand for logistical help and stoner neighbor Jerome (Steven Boyer), or 3A, as Qala and Yalda call him, finds himself becoming a willing participant in Qala’s plot.

With the full title Modern Terrorism, or They Who Want to Kill Us and How We Learn to Love Them, Kern’s play turns the typical depiction of terrorists on its head (the terrorists are really quite charming) and begs the question, can we sympathize with someone whose methods of effecting change are abhorrent? 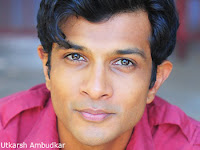 For example, one night Rahim and Yalda are discussing how they got into the business, as it were, and their reasons are not entirely without merit. They see injustice in the world; they feel their people have been wrongfully maligned; they see America and Americans have lost sight of the human cost of war and try to brush all Muslims with one broad stroke. Rahim and Yalda have legitimate gripes and we therefore find ourselves sympathizing with them – seeing the terrorists as human beings.

But, they are terrorists, and each time they discuss details of the plot we are unsettled and have to square the cognitive dissidence brought on by the dichotomy.

Kern’s writing is sharp, seemingly well-researched and full of pop culture references, some of which simply add color while others, like the recurring talk of Star Wars: A New Hope, add deep thematic layers. Kern, I learned in the post-show discussion, is a born and bred New Yorker (and a Mets fan) and was deeply affected by the September 11, 2001, attacks. Around the ten-year commemoration of the attacks, Kern was still wrestling with America’s reaction, wondering if we hadn’t become the evil empire that rebels (like Luke Skywalker) fight against.

Considering these ideas, Kern crafted Modern Terrorism. By the way, the “modern” part is not just part of the title. The word resonated with me during a moment in the second act which sees Jerome railing against greedy and corruptive forces – typified by Goldman, Sachs and their ilk – that were just as if not more destructive than the bombs that raze buildings and claim lives. Indeed, as seen through this lens, America might be the evil empire.

Whatever your feelings about empires, hegemony or charming terrorists, Kern presents a fascinating portrait, a different angle of a faction we think we know. Such thoughtful and insightful voices are becoming increasingly rare on stage so set aside your concerns and learn to love the terrorists.
Modern Terrorism is currently playing at Second Stage Theatre. Visit the off-Broadway theatre’s website to learn more and to purchase tickets.

Check out this video of the cast and director talking about Modern Terrorism: