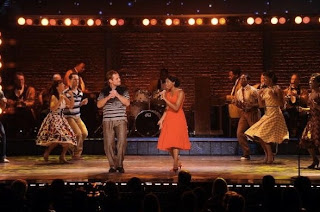 Hockadoo! The 2010 Tony Awards were presented on Sunday night, dear readers! What an exciting night. Memphis and Red won big, with Red garnering the most awards of any show - the Best New Play walked away with six statuettes. (Skip down to the list of nominees and winners below to find out who won what. For the record, I got 21 of 26 predictions correct. I really should turn pro.) 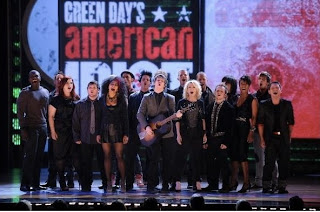 I started watching the coverage via Tonyawards.com, where they were showing NY1’s red carpet coverage. They had some random groupings on the red carpet, but Donna Karger did speak with Gleeks Matthew Morrison, Lea Michele and Jonathan Groff, who all looked great. Next, Tonyawards.com streamed the Creative Arts Awards; these are the awards, mostly for design categories, that are - in my opinion - incredibly important to the success of a show, but because they lack notable names, CBS doesn’t broadcast them. 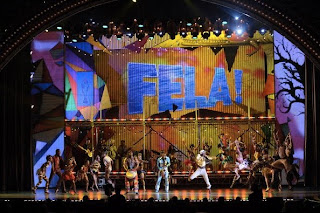 It was during this hour that American Idiot won its two awards - the two I thought it would and should win. Kevin Adams won for Best Lighting Design and Christine Jones for Best Scenic Design. (Both won for Spring Awakening back in 2007.) Both designers gave very lovely speeches; Kevin Adams made a point to thank all of his associates and technicians and light operators - very classy - and both Adams and Christine Jones made a point to profusely thank director Michael Mayer, who was grossly overlooked by the Tony nominating committee. I like that they spoke of his vision and leadership - it was a nice little “So there” to the committee. That’ll teach them to overlook brilliance in favor of mediocrity! (For what it’s worth, when Billie Joe Armstrong presented the American Idiot performance toward the end of the broadcast, he got his props in to Michael Mayer as well. Nicely done, Billie Joe!) 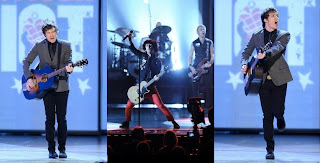 Finally it was 8pm - time to start the show. The broadcast began with a medley showing off all the pop on Broadway. The highlight, of course, was Johnny walking out on the stage with an acoustic guitar and singing “Boulevard of Broken Dreams.” How beautifully apropos. I was filled with tears as I watched him do what he does: Give everything in his soul to the stage and sharing his energy with everyone watching. I would watch him read the phone book. Seriously. Then, as if that wasn’t enough, John was joined by his fellow lost boys and girls to finish out the song and introduce Green Day, who joined the Idiots on stage for “Holiday” and “Know Your Enemy.” It rocked - Broadway and Radio City Music Hall will never be the same. 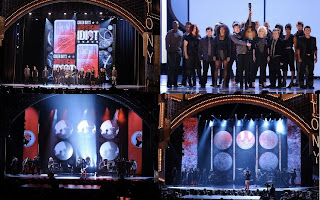 And so on the night went. Sean Hayes was funny and everyone poked fun at the community and the nominating committee. (Like when Bebe Neuwirth and Nathan Lane came out - full of smarm - to present the awards for Best Performance by a Leading Actor and Actress in a Musical. That’s the category in which they were eligible but not nominated - rightly so in my opinion.) Plus Kristen Chenoweth and Sean Hayes played a sloppy game of tonsil hockey out on stage as a big “F you!” to Newsweek. 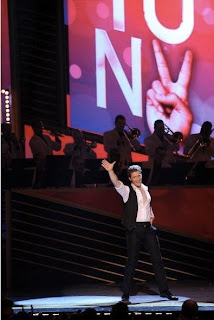 So, at some point during the broadcast I stopped taking notes on all the goings on but here are a few more high/low lights: 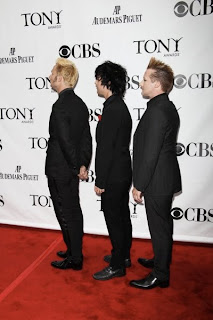 And now, the list of nominees and winners. Winners are bolded; I’ve also noted which nominee I think should have won as well as which artists should have been nominated!

Thanks for a great season, Broadway! And remember, don’t ever let anyone steal your rock and roll!

Here are some links to photos and video from the big night:

And visit Tonyawards.com for even more photos, video and information about the shows. 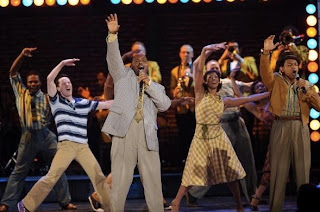