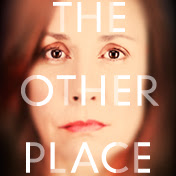 Sharr White's The Other Place uses the age-old literary device of the unreliable narrator, but rather than it being frustrating because we don't know what's going on, we go on an unexpected journey with the narrator as she struggles with losing her brilliant mind.

Laurie Metcalf is Juliana, an accomplished scientist who, while giving a sales presentation about a new drug she's developed, has an "episode." Throughout the play, she talks about this episode and her past - and possible delusions of her present - with her husband, Ian (Bill Pullman), a man (John Schiappa, playing various characters) and a woman (Zoe Perry, playing various characters). We learn quickly that Juliana, who is also telling us her story, is unreliable and so we are with her every step of the way while she figures out what's happening to her.

It's unfair to give away too much more of the action because the way it unfolds (direction is by Joe Mantello) makes it all unexpectedly moving. Suffice it to say that with hints of Next to Normal here and there, The Other Place, wonderfully acted by all (led by a tour de force performance from Metcalf), is a journey of self-discovery, a journey to get to the other place.

And just what is the other place? Is it literally another place, like a summer home on the Cape? Is it another realm, a different state of being? The answer is left open to interpretation, which is part of the appeal of this layered new play.
Broadway drama play