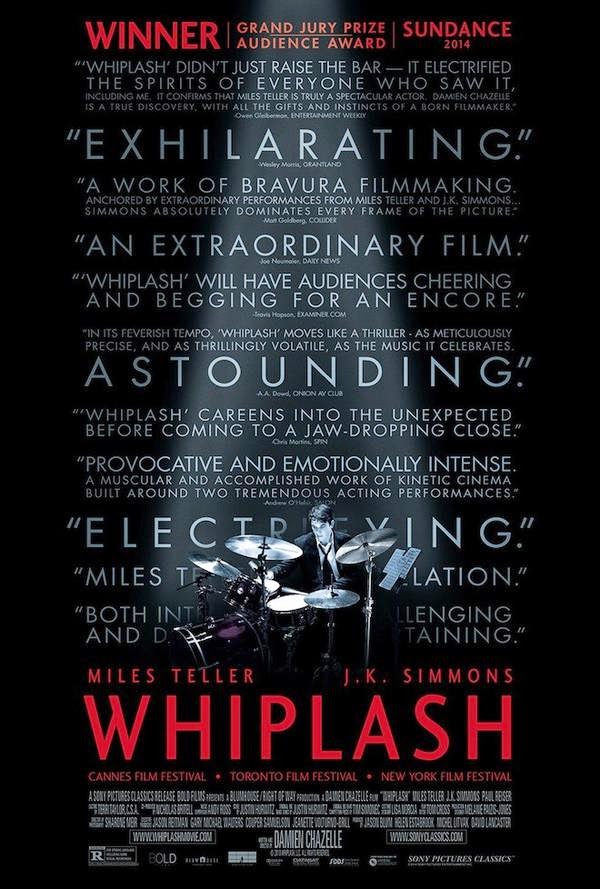 People have said you need to bleed for your art, and other "helpful" advice speaks of the blood, sweat and tears needed to achieve glory. Writer and director Damien Chazelle puts such "wisdom" into action in his fantastic feature film, Whiplash. 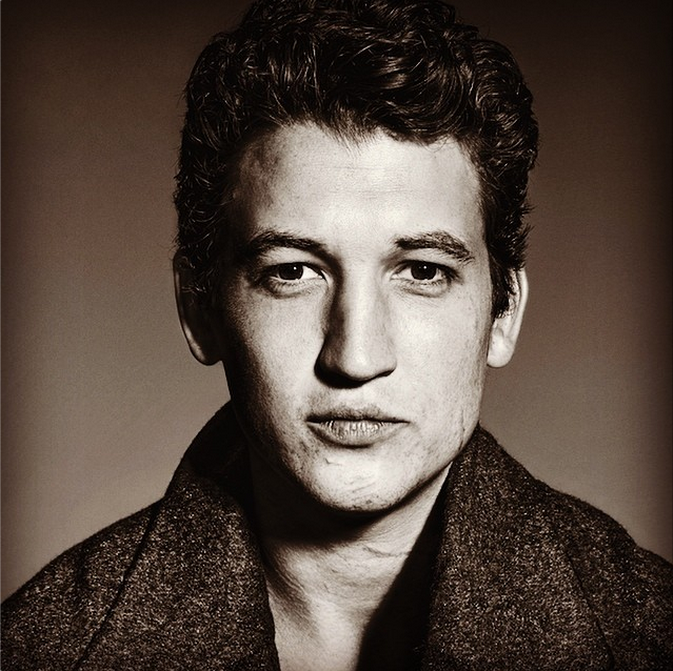 Miles Teller (The Spectacular Now) plays Andrew, a drummer in his first year at a conservatory in New York. Andrew is a passionate musician who hasn't reached his full potential. While Andrew is practicing after hours, Fletcher (J.K. Simmons), a teacher at the conservatory, discovers him, and invites Andrew to join the Studio Band, an elite group of musicians overseen by Fletcher.

Simmons (whom you'll recognize from just about everything, including Up in the Air and Juno) gives a fascinating performance as a character that is obsessive about achieving excellence. He likes to tell of how Charlie Parker became "Bird": Jo Jones threw a cymbal at Parker after Parker couldn't keep up with Jones and his band. Fletcher's point? Had Jones or someone else simply said, "Good job," Parker would have gone home, satisfied, and not tried to be better. He never would have become Bird. Picking up on that lesson, Fletcher, though he has moments of humanity, is relentless in his pursuit of excellence. Fletcher throws cymbals.

Simmons is intimidating and terrifying as Fletcher antagonizes Andrew, subjecting him to all kinds of abuse. Andrew's response evolves. He begins as a quite kid, waiting his turn. He looks down at the floor when talking to people. (Gone is Teller's trademark slick-talking persona.) But when Fletcher starts to show an interest in him, Andrew's confidence grows; so does his ego. He is more sure of himself in his interactions with friends and family (Andrew's father, Jim, is played by Paul Reiser), and even goes so far as to challenge Fletcher's dominance. It turns into not just a struggle to become one of the greats but, as so many relationships do, a struggle for power.

Expanding on an eponymous short film the young Chazelle made a couple years ago, the full-length Whiplash is efficient and intense, thrilling and scary, and it all leads up to an exhilarating finale.
Damien Chazelle drama film J.K. Simmons Miles Teller movie Whiplash