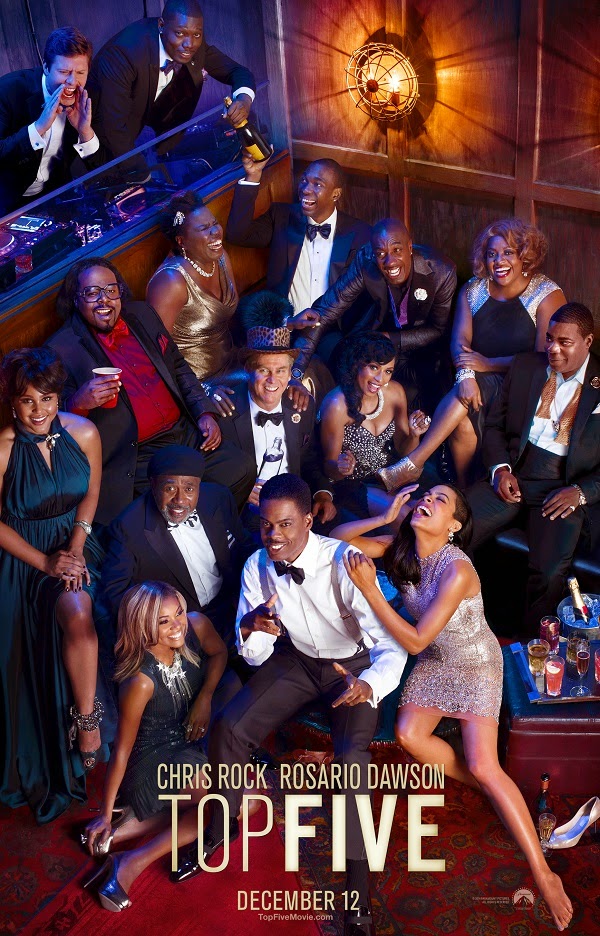 Andre Allen (Rock) is a performer who gained fame as a stand up comic. He then hit it big in a series of low-brow high-gross flicks, buddy cop movies in which he appeared in a bear costume. Allen wants to be taken seriously as an artistic voice. He hasn't done stand up in years, he hasn't done a fourth sequel to the cop schlock, and he is about to marry a reality TV star. We meet him on the day his latest film (a serious one, about Haitian revolutionaries) hits theaters, and spend the day with him.

The similarities between Allen's career trajectory and Rock's are obvious and expected—you're supposed to write what you know. Allen happens to be a recovering alcoholic; fear of doing stand up sober is part of what is keeping him off the stage. I don't know if that detail is part of Rock's history, but regardless, this is clearly a personal story. I understand why Rock (The Motherfucker with the Hat) felt he needed to tell this story but the story's been told. Rock doesn't bring a unique perspective to the table, just unique specifics.

Rock, via Allen, is able to debate the benefits and challenges of fame and his position in life by having Allen spend the day with a reporter, Chelsea (Rosario Dawson). He makes interesting points (like the fact that sometimes a movie is just a movie, no symbolism intended), and the banter between the two can be engaging. But the pacing drags too much to make this a thoroughly entertaining movie, especially since, as I mentioned above, we've seen this story before.

(The pacing might drag but the details are efficient. Like Chekhov's gun principle, Rock includes only those character details and set dressings that serve a purpose later in the story. I appreciated that.)

But this is Chris Rock, and Chris Rock is a funny guy. Some scenes are outrageously funny, particularly the ones in which he's visiting old friends in the old neighborhood, and they get into a debate about the top five rappers. (Glorious cameos abound throughout the film. No spoilers, but keep your eyes peeled for stage legends and other theatre folks; SNL veterans; comedy buddies; and one particular rapper trying to change course. Also watch for the quippy J.B. Smoove in a featured role.)

Toward the end of the movie, there's a brief stand up routine, and while I was laughing out loud at the keen observations Rock is known for, I was disappointed that it took until the end of the flick to get there. I suppose that says more about my expectations of the movie than the quality of the movie, but when Chris Rock releases a movie and all your favorite and trusted comedy taste-makers praise it, it's difficult not to expect something hilarious.
Chris Rock comedy film J.B. Smoove movie Rosario Dawson Top Five