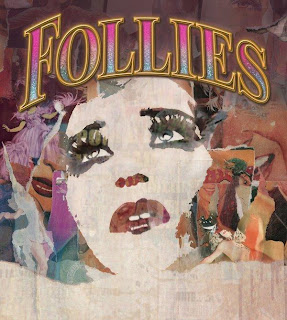 Do you remember that Chris Rock routine in which the comic explained what he thought could be the rationale for doing something outrageous or even illegal, like O.J. Simpson killing his wife? He would go through this long explanation, laying out the myriad factors that could have led Simpson to committing such an atrocity. At the end of the explanation, Rock would finish by saying, “Now I’m not saying I would have done it, but I understand.” I kind of feel that way about the revival of Stephen Sondheim’s Follies, now playing at Broadway’s Marquis Theatre: I’m not saying that I liked it, but I understand.

Here’s the thing: I really liked the story. (The book is by James Goldman.) I liked its look at fading (or faded, as is often the case) show people and, more closely, at love and chances not taken. I think it makes for compelling drama but I just wasn’t engaged. I found the first act to move slowly and it was a little listless, a little 2-D. By the time the second act rolled around (yes, there was an intermission, despite the show being written as an intermission-less show), I was a little too eager for it to wrap up, although since the act takes place mostly in “Loveland” and is chock-full of showy presentations it went by much quicker than the first act.

The setting of Follies is an old, run down theatre filled with memories. In some first act exposition, we learn that the former Weismann Follies (think Ziegfeld Follies) players are gathering at their old haunt for a 30-year reunion, for one last hurrah. We focus mostly on two couples: Sally Durant Plummer (Bernadette Peters) and Buddy Plummer (Danny Burstein); and Phyllis Rogers Stone (Jan Maxwell) and Ben Stone (Ron Raines). The two girls used to be best friends; Sally was dating Buddy who set up his friend Ben with her friend Phyllis. If you’ve ever watched a soap opera, then you know there were some partner swaps somewhere in there. Sometimes owing to the romantic dalliances and sometimes not, no one in either of the two marriages is happy. We spend the rest of the show seeing the four lovers as young adults and also still wrestling with their life decisions.

Like I said, it’s compelling material, but it just doesn’t hit for me. There are some great standout numbers and supporting players, though. (And great production value and one knockout performance, which I’ll tell you about in a moment.) Mary Beth Peil, last seen on Broadway in Women on the Verge of a Nervous Breakdown, was slinky and frivolous as Solange LaFitte, the Parisian in the group. Jayne Houdyshell, recently seen in The Importance of Being Earnest, drew rousing applause for her rendition of perhaps the show’s best known tune, “Broadway Baby.” Terri White (who was fierce in Finian’s Rainbow) as Stella Deems led all the follies girls in what looked like a fun, I-might-still-have-it number, “Who’s that Woman.” During “I’m Still Here,” theatre legend Elaine Paige let the entire house know that she is, in fact, most definitely still here. And Rosalind Elias and Leah Horowitz impressed as Heidi and Young Heidi when they sang the operatic “One More Kiss.” (Which is not to be confused with “One Last Kiss,” from Bye, Bye Birdie!)

Still, for the most part I thrilled over the various design elements making up the show, rather than the show itself. Similar to Bloody Bloody Andrew Jackson, the scenic design (by Derek McLane) envelops you right when you take your seats. Shabby gray drapery lines the walls and hangs above, giving the well-kept theatre a run-down look. Instead of house music, there is house sound. (Sound design is by Kai Harada.) We hear faint tapping and the sound of incoherent stage whispers. Both these elements, combined with Natasha Katz’s lighting design, help put you in the world of Follies and help you prepare for a show about longing and memories.

I also liked the costume design by Gregg Barnes. As each follies girls’ personality and post-follies life is different from the other, so are their costumes. Sally (Peters) shows up in an age-inappropriate pink dress, suggesting that she might be in a state of arrested development, which in turn helps justify her actions. Phyllis (Maxwell), now the wife of a successful politician, shows in up a stunning and glamorous gold gown, hugging just the right curves and making the statuesque Maxwell look like her legs are a mile long.

And while we’re talking about Maxwell, let’s acknowledge what a fantastic performance she gives. I know that for many music theatre fanatics, Bernadette Peters is on a pedestal. But I have to tell you, dear readers, I was a little disappointed in her juvenile performance. On the other hand, Maxwell shone so brightly. She exudes grace and confidence, even in very fragile moments. And she has great vocal chops, to boot. (In the last few theatre seasons, Maxwell has been celebrated and Tony nominated (twice in one season, in fact) for her performances in straight plays, so her vocal ability is particularly impressive.)

Maxwell commands the stage whenever she’s on it. She gives her on-stage husband, Ben, a good kick in the pants in “Could I Leave You,” and then dazzles us all in her folly, “The Story of Lucy and Jessie.” Maxwell comes out in a dress reminiscent of the one Reno Sweeney wears for “Blow Gabriel, Blow” in Anything Goes, and is flanked by able-bodied chorus boys, whose job it is to lift her up and make her look like the worship-worthy diva she is. Well, the boys are meant to do that for Phyllis, but in Eric Schaeffer’s direction and Warren Carlyle’s choreography, they really do it for breakout star Maxwell.

In all, I can’t recommend Follies as something you have to see. Unless you’re a musical theatre scholar/historian, or you’re like me and you try to seeing everything, it simply doesn’t thrill, and to spend your time and money seeing it would be pure folly.

For more information about the show, visit folliesbroadway.com.

All production stills taken by Joan Marcus and can be viewed on the Follies website.