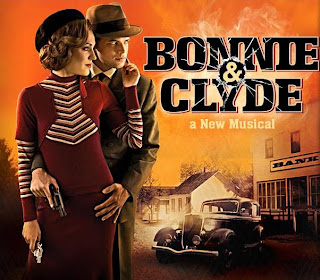 Before you scoff at yet another screen-to-stage adaptation, take note: this is not Warren Beatty and Faye Dunaway’s Bonnie and Clyde. Instead, as the authors of the new musical note in the Playbill, Bonnie & Clyde: A New Musical aims to tell a love story, albeit one between two eventual outlaws. This telling of Bonnie Parker (Laura Osnes) and Clyde Barrow’s (Jeremy Jordan) relationship and rampage really focuses on their love, passion and motives, rather than on the heists and body counts. (That stuff’s in there, too, but it’s not the focus.)

I liked this take. I recently watched the Beatty-Dunaway film and was thoroughly bored. That movie didn’t delve into the relationships or try to explain where Bonnie and Clyde came from, what drove them to a life on the run. As I’m always more interested in the human condition than bullets, I liked Bonnie & Clyde’s point of view.

That’s not to say that this new musical is without its flaws, one of which – a major one – is fatal. Ivan Menchell wrote a solid book, offering not exposition but great character development, especially throughout act one. Lyricist Don Black complements Menchell’s book. The lyrics further the plot and give us insights into the characters, which is exactly what songs in musicals are supposed to do. But here’s the fatal flaw: Frank Wildhorn’s score.

It’s horrendous. All the music has this phony, synthesizer sound to it (no surprise, since they use a synth in the small orchestra). The tunes are too jaunty and peppy – like bad underscoring in a TV western. Throughout, the music is unsophisticated and uninventive. And in act two, the wheels really come off the stolen getaway car. The score develops a bit of a multiple personality disorder, dabbling in early 80s synth-pop and power ballads, as well as bad, twangy saloon tunes. Though there are other problems in the show (I’ll get to them in a moment), it’s this dopey score that keeps the show from being great.

One fixable problem is that the storytelling is a little heavy-handed with some preaching. Jesus figures heavily in the B-storyline following Clyde’s brother, Buck Barrow (Claybourne Elder), and Buck’s wife, Blanche (an impressive Melissa Van Der Schyff). I understand the Jesus-ness as a storytelling device, but I think there’s too much of it. Ditto the propagandist “Made in America,” which opens act two.

Another fixable problem is a moment toward the end of the show. In the middle of a shoot out, Clyde has a flashback of himself as a little boy. Like with the Jesus storyline, I understand this flashback’s purpose, but it’s not effective. In fact, it’s a detriment to the show. It completely stops the action, and when I was watching, it forced me to detach from the show, which is a shame because at the point, I was pretty engrossed.

But it’s not all bad news for Bonnie & Clyde. Tobin Ost’s fluid scenic design and Jeff Calhoun’s smart direction (he also choreographs) keep the action going (except for that flashback moment!) Michael Gilliam’s lighting design bathes our anti-heroes in shades of rust – the shades you’d find in rural Texas and on the outskirts of town, which is where Bonnie and Clyde spend most of their time. John Shivers’s sound design makes those bullets pop through the theatre. And Aaron Rhyne designs effective (and, thankfully, not over-indulgent or dependent) projections, which integrate seamlessly into the scenic design. 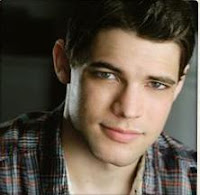 Bringing Bonnie Parker and Clyde Barrow to life on stage are Laura Osnes and Jeremy Jordan. Jordan does a fine job with Clyde. When we first meet him, he comes off as that charming, mischievous bad boy so many good girls dream about. He has a good voice, but it looks and sounds like he’s not using it properly (which could account for what sounds like a limited vocal range). Still, his dark eyebrows, intense stare and wry smile make him a good choice to play Clyde. 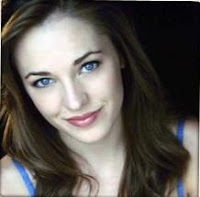 I was surprisingly impressed with Laura Osnes. I had seen her in South Pacific and in Anything Goes and felt she was weak. I thought her voice was thin and that she lacked stage presence. Not so here. As the wannabe movie star Bonnie, Osnes is strong and full of pluck. She has a good set of pipes, and the score seems tailored to her vocal strengths. She and Jordan have a palpable and engaging chemistry on stage, which is the lynch pin holding this show together.

For a story whose outcome we know, Bonnie & Clyde: A New Musical ends on an unexpected note that reinforces the angle of the show: Criminal or otherwise, these are two people in messy, complicated, intoxicating love.

Visit bonnieandclydebroadway.com for more information and to purchase tickets.

Bonus: Jeremy Jordan sits down with Broadway.com's Paul Wontorek for Show People. (Note that this interview is from the early fall when Jordan was starring in the now Broadway-bound Newsies and before Bonnie & Clyde previews began.)