I didn’t know a whole lot about Charlie Chaplin’s life before seeing the new musical Chaplin. Most of what I knew came from the Robert Downey, Jr., Chaplin biopic from the 90s, and from various history-of-comedy documentaries I’ve watched. Chaplin tries to enlighten us as to the life and times of the Little Tramp’s creator, but that actually turns out to be the show’s downfall.

My parents accompanied me to Chaplin (book by Christopher Curtis and Thomas Meehan, original score by Curtis), and during intermission, my dad remarked that he thought the show was uneven. He’s right. More specifically, there is no natural flow. For example, a big song and dance number ends act one, but that type of number doesn’t fit with what comes before. Moreover, there is very little in the way of transitions. It’s almost as if Curtis and Meehan said, “Okay. We have to tell this part of his life. Let’s write a scene. Next. Next,” rather than telling a story. The second act has a bit more of a natural flow, and the stakes are finally revealed so we have a reason to invest in the characters. Still, it feels rushed, as they try to fit in all the “crucial” moments in Chaplin’s life. 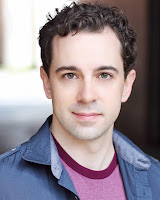 The slip-shod structure aside, the show, directed and choreographed by Warren Carlyle, has entertaining elements (even if it’s not entirely engaging). The show-within-a-show moments are delightful, showing us Chaplin’s baptism by fire into showbiz and other razzle-dazzle moments from his career. Rob McClure is charming and game as Charlie Chaplin, and does well in what is supposed to be his show stopping, eleven o’clock number in act two, “Where Are All the People?” (It was met with rousing applause from the audience.) 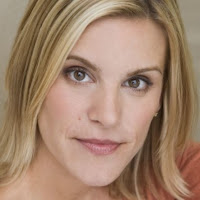 But for my money, the standout in Chaplin is Jenn Colella, a Broadway veteran who is thankfully given time to shine. (Too little time, if you ask me; we don’t even see her until act two.) Her rendition of “All Falls Down” is sensational. The song is the big, flashy, big-voiced number we’ve been waiting for and Colella (as reporter Hedda Hopper) delivers it like the pro she is.

The other standouts are the scenic (Beowulf Boritt), costume (Amy Clark and the late Martin Pakledinaz), make up (Angelina Avallone) and lighting (Ken Billington) designs, which combine to keep everything and everyone - except for the Little Tramp’s signature red rose boutonniere - in black and white, just like Chaplin’s films.

The Little Tramp was very funny and pioneered comedy on film, but Chaplin’s personal life was rather bleak. He was separated from his mother Hannah (the lovely Christiane Noll) at an early age, went through several divorces (at the time, his third divorce set the record for the biggest divorce settlement ever) and was exiled from his adopted country, America, for his reported, though not actual, political beliefs. It could be fascinating and compelling, but for all the palpable effort, it falls short.
Broadway Chaplin musical