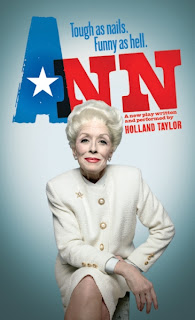 “Life isn’t fair. Government should be.” That’s just one pearl of wisdom from the late great Governor Ann Richards, whose zest for both life and public service are the subject of Holland Taylor’s Ann. (The actress wrote this homage to Richards.) 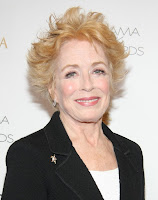 Directed by Benjamin Endsley Kind, the play drags here and there and the ending feels a little indulgent, but ultimately it’s forgivable because Taylor is quite engaging as the feisty, quotable and hard-working Texas governor, and because the governor herself stands as a paragon of womanhood.

As I listened to “Ann” talk about her upbringing, I was struck by how different the world was then. I realized how much I and other women of my generation take for granted all the possibilities at our feet. Ann mentioned that her daddy told her she was smart and that she could do anything, but she also mentioned that teaching and nursing weren’t considered careers back in her day but rather extensions of what women should be doing anyway.

That’s almost a foreign thought to me, but that’s what is so great about looking at women like Governor Richards. We are reminded that all the opportunities we have are owed to the trailblazing women who came before us. I am able to sit here and feel indifferent toward some feminist principles because women like Ann and others before her fought for my role in society.

Seeing Governor Richards’s spirit on stage also made me ache for the days when elected officials were public servants, when people sought government office so they could help people, before 24-hour news cycles, dysfunctional partisanship and perpetual fundraising for perpetual campaigning took over the process. (It might sound like an idealization of the past, but as a political scientist I can say with certainty that the lack of productivity and intelligent debate in our public political discourse is most definitely at an all-time low.) Governor Richards was a person who stood up for what she believed in and would not be trifled with.

That tough-as-nails attitude, it seems, is due in no small part to Richards’s relationship with her mother. In an author’s note in the Playbill, Taylor says, “one of [Richards’s] children said to please her was to get hit with a million suns.” That sounds nice, but it also sounds dark, sounds like Richards might have been difficult to please. It shouldn’t surprise you, then, to discover throughout the play that Ann spent her life trying to please her mama.

But whatever impact that relationship may have had on Richards’s parenting style, it surely added to her tenacity, to an innate sense that her daddy was right: she could do anything. 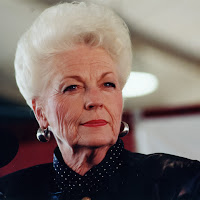 She ran several successful campaigns before running for office herself. She inspired a generation of women into public service (most notably in her 1988 keynote address to the Democratic National Convention). She gave advice to anyone who asked (and even to some who didn’t), including President Bill Clinton, with whom she seems to have had a productive and meaningful professional relationship. She fought hard and demanded a lot of those around her, but she was also compassionate and grateful for their commitment. She told dirty jokes and loved confounding expectations, reminding folks that “Ginger Rogers did everything that Fred Astaire did she just did it backwards and in high heels!”

So though we might take for granted that a woman can be and do all those things and more, Ann asks us to step back for a moment and recognize that someone had to fight for that, and that we owe it to our predecessors, like the glorious Governor Ann Richards, to honorably carry on the legacy.