(Scroll down to read this week's biggest news!)


Are you still reeling from Sunday? Here are some follow up tidbits:

Graceland Sneak Peek
Can't wait until the summer to see Aaron Tveit (Catch Me if You Can, Les Miserables) in the USA show Graceland? Broadway World has rounded up all the (brief) sneak peeks of show (which also stars stage and screen star Daniel Sunjata), including this latest one: 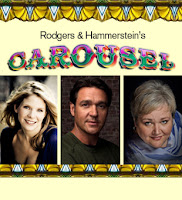 Carousel at the NY Phil
The New York Philharmonic's concert of the Rodgers and Hammerstein musical Carousel is this weekend, and as previously announced, New York City Ballet principal dancers Tiler Peck and Robert Fairchild will dance the "If I Loved You" ballet. Here, we get a sneak peek of the dancers in rehearsal! (And elsewhere in NYCB news, the New York Times says choreographer and City Ballet soloist Justin Peck (Year of the Rabbit, Paz de La Jolla) shows us that ballet matters now.)

Disney and Alex Timbers Team Up for Shakespeare
On the heels of the announcement that Alex Timbers will direct a musical adaptation (written by him and his Bloody Bloody Andrew Jackson collaborator Michael Friedman) of Shakespeare's Love's Labour's Lost for Shakespeare in the Park comes the news that Timbers will direct a Shakespeare movie musical for Disney. Details are under wraps, but Deadline reports that the "untitled musical is being billed as a contemporary adaptation of a Shakespeare play." In the same report, Timbers (who previously worked with Disney on Peter and the Starcatcher) says, "The script [written by Amy Talkington] stretches the boundaries of the movie musical and demands the sort of surprising visuals and raucous spectacle I love to create in my own stage musicals." If Timbers is involved, you know I'm interested. I'll be sure to keep you posted, dear readers. 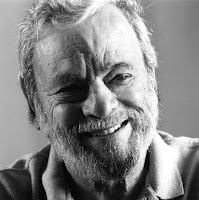 American Songbook on PBS
Michael Feinstein's American Songbook will return to PBS this spring. As noted on Playbill, the first of three episodes, "Show Tunes," will air on April 5 and will feature Stephen Sondheim, Angela Lansbury and Christine Ebersole talking about great American musicals. The second episode, also set for April 5, is "Let's Dance," and will focus on Fred Astaire, as well as Gene Kelly. "On the Air" is the third episode (set for April 12), and will celebrate the golden age of radio, including archival clips of Bing Crosby and Rosemary Clooney. Check your local listings for specific air times. 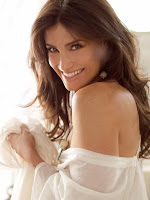 Idina Menzel Returns to Broadway
That's right, last seen in her Tony-winning role of Elphaba in Wicked, Menzel is returning to Broadway in spring 2014. She'll star in the new original musical If/Then, written by Tom Kitt (a genius) and Brian Yorkey, and directed by Michael Greif. All three men previously collaborated on Next to Normal, and Greif directed Menzel in the original Broadway production of Rent. David Stone, who produced both Next to Normal and Wicked, will produce If/Then. Though the show doesn't have a home, previews are set to begin March 4, 2014, with opening night set for March 27. Prior to the Broadway bow, the show, which explores how even the smallest or most random occurrence can have a huge impact on your life, will play Washington, DC's National Theatre November 5, 2013-December 8. Broadway World has additional details and statements from the creative team and Menzel.