Hands on a Hardbody 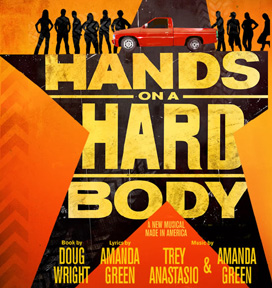 “If you want something, keep your hands on it,” say the dreamers in the new musical Hands on a Hardbody. Inspired by the eponymous documentary by S.R. Bindler, the musical looks at the contestants in a hands on a hardbody contest in Longview, Texas, and aims to find out just why they’re holding on. 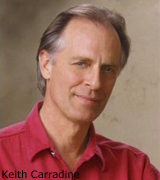 A hands on a hardbody contest is one in which you place your hands on a truck—a hardbody—and you cannot remove them. You always have to have at least one hand on the truck. Like a filibuster, you can’t lean, you can’t stretch; all you can do is stand there and hold on for dear life. (In this contest, there are 15-minute breaks every six hours.) The last man standing wins the truck.

But as we learn in this musical, with a book by Doug Wright (a Tony- and Pulitzer Prize-winner for I Am My Own Wife), lyrics by Amanda Green (Bring It On) and music by Green and Phish’s Trey Anastasio, winning the truck is just the beginning. For each of the ten contestants, winning the truck means something more: for some it means fitting in, for others it means opportunity and for others it means freedom. Everyone’s holding on for something.

Unfortunately, that actually introduces the sole flaw of the show. There are so many people and so many dreams we don’t get to spend enough time with any of them, and so their dreams are never fully expressed. As a result, when various contestants dropped off and even when the winner was revealed, I didn’t feel emotionally connected to each of those pivotal moments.

That’s not to say the musical is without pathos. On the contrary, there are moving moments throughout, even if we’re just scratching the surface. In particular, I was stirred by “Joy of the Lord,” a propulsive, percussive expression of faith. 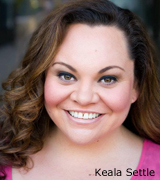 Norma (Keala Settle, giving a breakout, steal-the-show performance) appears to be the underdog. She’s middle-aged and overweight, but she’s a believer and the folks at her church and her sister’s church and her friends’ churches have all been praying for her. To harness the power of their prayer, Norma reads from the Bible and listens to Christian music on her discman, all while holding on to the hardbody, of course.

As she tries to fortify herself, she starts singing quietly to herself and thumping on the truck to keep rhythm. Slowly but steadily, the other contestants join in, working together to create beautiful music. (Think of those pieces of “music” that begin with the sound of a door closing. Then a car horn is added. Then the sound of birds chirping. What could be a terrible cacophony suddenly turns into an impromptu symphony.) Norma and the other contestants were praising the lord and proclaiming their faith in something bigger than themselves, and I couldn’t help but be moved to give myself over, praising and proclaiming my faith in music and theatre and expression. 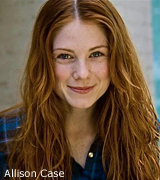 Other highlights include the sweet romance that blossoms between young dreamers Kelli (Allison Case, Hair) and Greg (Jay Armstrong Johnson, Working); veteran Keith Carradine as JD; the powerful stoicism of David Larsen’s Chris Alvaro, a Marine who just returned home and is trying to figure out what home is; and the wisecracks and sometimes villainous actions of Benny (Hunter Foster), a one-time hardbody champion who thinks he has this in the bag.

Green and Anastasio’s score offers a variety of musical stylings, from bluegrass to true country to dirty delta riffs, all of which are true to the vernacular of the contestants. (That’s the beautiful thing about musical theatre these days: the scores are, happily, written in the characters’ language. Your average hard-working Texan might not listen to Gershwin and 70-piece orchestras so it would be inauthentic to have him singing in that style in a contemporary show.) 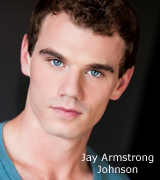 Perhaps the most interesting thing about the show, directed by Atlantic Theater Company Artistic Director Neil Pepe (Dreams of Flying, Dreams of Falling), is the actual hardbody. This is an actual truck that has not been mechanized. Instead, the actors have to work together to move it, and Sergio Trujillo’s musical staging wonderfully melds their movements with the truck. There are moments when we enter a sort of dream sequence, allowing the characters to step away from the vehicle, but for the most part, Trujillo (Next to Normal, Leap of Faith) invents a choreographic language that uses the truck to the company’s advantage. This helps create community among the cast and the characters. They might be holding on for different reasons, but they must work as one to survive.
Hands on a Hardbody is now open at the Brooks Atkinson Theatre. Visit handsonahardbody.com to learn more and to purchase tickets. And check out the original documentary - it's now available on DVD and On Demand.
Bring it On Broadway Hands on a Hardbody musical Phish Trey Anastasio