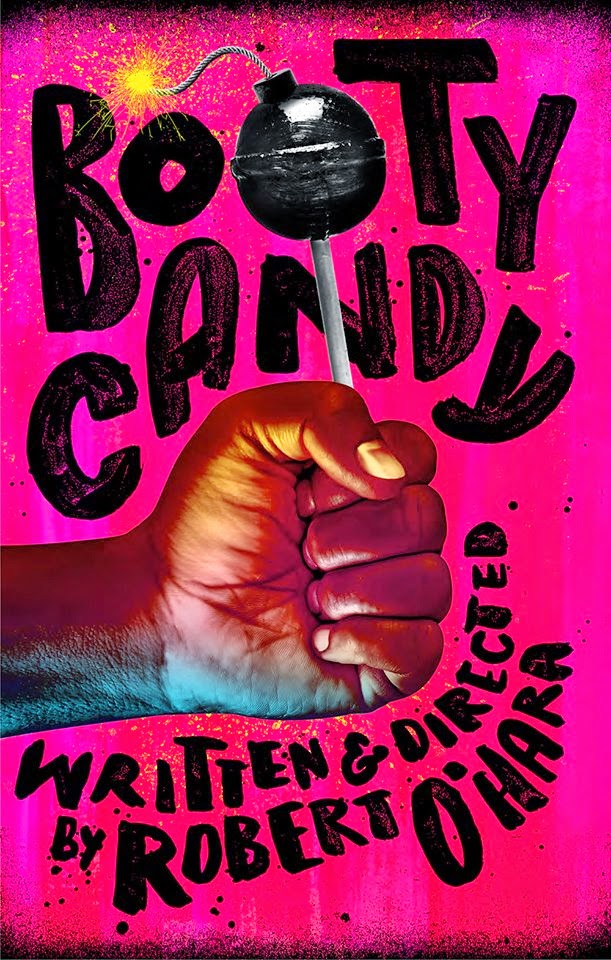 I don't know about you, dear readers, but I like seeing how the sausage is made. Going behind the scenes of various industries, whether it's government, a TV show or the creative process, I like knowing how things work, which is why I thoroughly enjoyed Robert O'Hara's Bootycandy, now playing at Playwrights Horizons.

O'Hara directs his play, which is a series of short plays/vignettes. There is not a linear plot and there is not a traditional, through storyline. While the character Sutter (Phillip James Brannon) recurs in several scenes, it's not until the last couple of scenes of Bootycandy that we fully understand that we're inside the sausage factory, watching the artist at work.

This can make it little more difficult to "unpack" the play, but as Sutter (a sort of stand in for O'Hara) says in the play, it should be difficult; it was difficult to write the play so it should be challenging for audiences to respond fully. Again, I like plays like this—plays that make me think while I'm watching them, as I'm walking home from the theatre and for several days after.

What Sutter/O'Hara is struggling with throughout is, essentially, identity, and how to express that in one's work. (In particular, Sutter confronts how to be a black man, a writer and gay all at once.) O'Hara explores these universal questions in a wonderfully written, inventively directed and spectacularly acted play.

Except for Brannon, all the actors portray multiple characters, some at the same time. (Kudos to costume designer Clint Ramos and hair and make up designer Dave Bova for pulling off a hilarious two-faced scene.) Jessica Frances Dukes, Benja Kay Thomas, Lance Coadie Williams and Jesse Pennington prove themselves terrifically versatile actors, bringing to life a range of characters going through the full array of emotions.

Bootycandy is a well-crafted play, and getting this insider's view of the writing process only makes the finished product more intriguing and enjoyable.
comedy off-Broadway play Robert O'Hara