The nominations for the 83rd Academy Awards are in! Herein, selected categories and commentary. To view the full list of nominees, visit oscars.com.

Best Picture
(The Town is one movie many critics listed as favorites and my guess is that Winter’s Bone got in at The Town’s expense. I didn’t love either movie. Still, The Social Network has the big “mo” although The Fighter could make a run for it. Fun side note: This is the first year (in memory) I’ve seen all the Best Picture nominees—before the nominations came out! And with two exceptions, I really enjoyed all of them. This was a pretty decent year for buzzy movies. Nice work, .)

Leading Actor
(While Firth has been sweeping the awards and will likely win this one, Bardem is a surprise, leaving out Globe nominee Ryan Gosling and SAG nominee Robert Duvall. (Bardem’s is the only performance I haven’t seen.) Also, I know Bridges is The Dude but I would say that his was really a supporting role.) 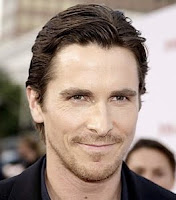 Supporting Actor
(No Andrew Garfield. That’s disappointing. Bale will probably win anyway, but I was so thoroughly impressed by . I would easily swap out Hawkes and nominate in his place. Though I am glad to see Ruffalo recognized. This is the same slate of actors as those nominated for SAG awards.)

Leading Actress
(Nothing surprising here. If there’s a fight, it’s between Bening and Portman. Look for Portman to win here, as she’s been doing elsewhere. (Not so fun side note: Bening always seems to be upstaged by these young ladies. She was nominated the same years as Hilary Swank and Swank won both years.)) 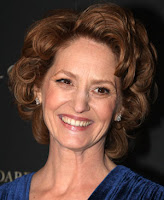 Supporting Actress
(I was hoping Julianne Moore would get some love here but of the five nominated performances, I’ve seen four (I haven’t seen Weaver in Animal Kingdom) and they’re all deserved. Some were pulling for Steinfeld to be in the Leading Actress category; this could have bumped off Jennifer Lawrence and left a Supporting Actress slot open for . Also, neither Mila Kunis nor Barbara Hershey were nominated for their roles in Black Swan. This is a little surprising, particularly Kunis’s omission, as she was nominated for both a Globe and SAG award. Even so, Leo will likely give an acceptance speech on February 27.) 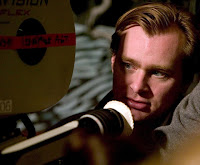 (This category has the two biggest snubs: No love for either Christopher Nolan (Inception) or Danny Boyle (127 Hours)? (Both were nominated for Critics Choice awards and Nolan was also nominated for a Globe.) I know Hooper’s been included in the category in most other awards, but I don’t agree with the nomination, or that of the Coen brothers, especially if it comes at the expense of Nolan and Boyle. Nolan, especially, should be recognized for his vision; what he did with Inception was incredible and I think excluding him from this category is definitely the biggest snub. (Nolan’s cinematographer, Wally Pfister, was nominated for his work so at least there’s a little solace.))

Adapted Screenplay
(Um, guess who I’m rooting for? You think I can get pom poms or a megaphone made up or something? How about this: to show support for Mr. Sorkin, let’s all watch at least one thing in Sorkinese each day until the Oscars. Reasonable plan, right?) 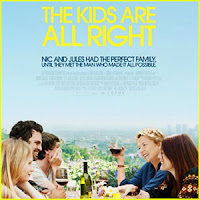 (Hmm. This is a toughie. See, I would love for Cholodenko and Blumberg to win for writing such a lovely, modern yet totally timeless story about love and family. But, Nolan wasn’t nominated for his vision as a director so there’s a part of me that would want him to win here. However, Seidler won at the Globes, which isn’t necessarily an indication of who will win the big O. I’d say this category is the biggest toss up.)

Other things of note:
And there you have it, folks. Your Oscar nominees. Who do you think will win? Who do you want to win? Leave your opinions in the comment box below.
The Academy Awards will be handed out on February 27 and will be broadcast on ABC at 8pm, Eastern Standard Time.
aaron sorkin awards inception movie oscars the kids are all right the social network