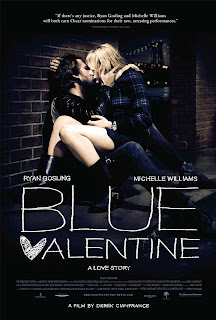 You know how there’s that “it” movie? It generates a lot of buzz, whether for a performance, a particular scene or the direction, and everyone’s talking about it before most of us have seen it? And then you see it and it just couldn’t live up to the hype? That’s how I felt about Blue Valentine. I was very excited to see it, mostly because I like Ryan Gosling, but also because it was getting lots of buzz and the trailer made it look like a good, indie relationship drama. Which it was, but something was missing.

What was missing, in my opinion, was the middle. Blue Valentine takes a look at a couple, Dean and Cindy, at different points throughout their relationship. Well, not quite throughout but rather at the beginning and at the end. We see them come together. We see them in tatters. But we never see them unraveling. As the film went on and I could feel we were near the end (because, much like in The Last Five Years, the film built each part of the story so that the happiest moment was juxtaposed with the most awful moment) I thought, “Wait, how’d we get here?”

Dean (Ryan Gosling) and Cindy’s (Michelle Williams) story is told in two times: Past and present. We meet the 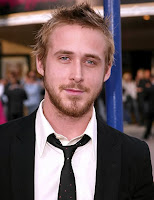 couple in the present. They’ve been married for maybe five or six years; there’s a daughter; Dean’s hair is thinning and his gut is spreading; Cindy is harried; she has two children, counting her husband Dean. Then we cut to the past and meet five-years-ago Dean and Cindy. We meet them separately and see them come together. The courtship (the past, kind of a romantic comedy) takes place over a number of weeks or maybe even months. The demise (the present, kind of a tragedy) takes place over about 36 hours. It’s interesting to watch, though I really felt cheated out of a middle.

When we meet the troubled couple, it’s clear things aren’t all right. But Dean seems like he still has some charm in him. I don’t know if it’s because I like Ryan Gosling and this made me predisposed to liking Dean, despite his flaws, or if the story was actually told from a biased perspective, but I couldn’t grasp just what drove Cindy to her wits’ end. By the end of the film, there are plenty of clues to gather, both from the story (there are sturdy roots in the "past") and the actors’ stellar performances (plenty of hurt and despair in their eyes), but nothing clear. Maybe this was filmmaker Derek Cianfrance’s choice; maybe he wanted to show the beginning and the end and let the actors’ and audiences’ imagination fill in the rest, but it left me disappointed.

Which is a shame because there’s definitely potential here. Gosling and Williams fully embody their characters. They portray people whose nerves are raw and who have been beaten down in their lives (sometimes literally; sometimes figuratively), and there never seems to be a false moment. Their meeting is sweet and believable, not saccharine, and their parting is heart-wrenching. This can mostly be credited to the actors and the stories on their faces. Gosling always impresses me, from The Believer to Half Nelson, even to Lars and the Real Girl, and he continued that streak here. (I also really liked his The Giving Tree tattoo on his arm.) And, pleasantly, Williams felt real and likable here, which surprised me because I 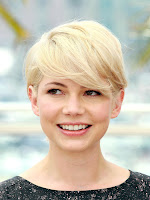 usually feel rather “eh” about her.

The film takes its time to tell its story, something I almost always applaud... and maybe that’s why there wasn’t a middle. Had this been, say, a three-part mini-series on HBO, we could have seen the middle. But to take audiences on a journey with these characters, to be able to tell the story the way Cianfrance wanted to tell it, without having to rely on slick editing at a distractingly fast-pace, Cianfrance needed to show only the beginning and the end. None of this talk of the missing middle is to say that Blue Valentine was bad - it wasn’t; it just wasn’t great. (Perhaps is was just unmet expectations: All the summaries of this film say it charts the evolution of Dean and Cindy’s relationship - but, again, that’s not what I saw. I didn’t see evolution. I saw an ape and then I saw modern man, nothing in between.)

Last year, everyone (myself included) buzzed about Jeff Bridges’s great performance in Crazy Heart, while noting that the movie itself wasn’t fantastic. This year, excellent actors give life to two crazy hearts and make (the good but not fantastic) Blue Valentine worth seeing.