“I never had no one looking out a window for me,” says Margaret, the lead character in David Lindsay-Abaire’s new play, Good People. Is this just her luck, or the result of some confluence of choices? That is ultimately the prompt of Good People, which is playing its world premiere run on Broadway. 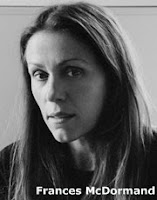 This play centers on Margaret (Frances McDormand), who grew up and lives in Southie, . The play opens with Margaret being fired by Stevie (Patrick Carroll), a neighborhood kid whose mother grew up with Margaret, from her job at the Dollar Store, and sets up her quest to find work so she can pay for rent, food and the care of her adult, disabled daughter. Margaret is aided by her friend Jean (Becky Ann Baker) and chided by her landlady, Dottie (Estelle Parson). Jean suggests Margaret visit to an old friend, Mike (Tate Donovan), who got out of Southie and is a successful doctor in Chestnut Hill. Eventually, Margaret ends up at Mike’s home, where she meets his wife, Kate (Renee Elise Goldberry), and causes some trouble. 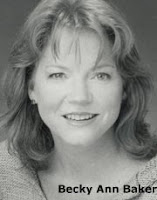 That troublemaking comes in act two and helps to make the second act far more enjoyable than the first. The first act is all exposition. Though it is made up of about four 10-15 minute scenes, it drags a little and feels much slower than the second act, made up of one 30-40 minute scene and a brief epilogue. The second act is also where I was able to begin to discern the point of the play.

During intermission, I wrote in my notes, “What’s the point? Where’s the dramatic action?” It seemed to be answered in act two. In act one, Margaret visits Mike in his office, asking if he has any work he can throw her way. He doesn’t, and though they start out reminiscing, the two eventually chide each other for their 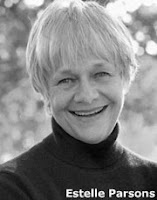 current lot in life. (For example, she calls Mike, who got out of Southie and lives a “comfortable” lifestyle, “lace curtain,” apparently a disparaging term for upper-crust folks.) This compels Mike to invite Margaret to a party his wife is throwing that weekend. At the end of act one, while playing bingo at the church, Margaret receives a phone call from Mike saying the party’s been canceled. In disbelief, and believing that he’s just trying to get out of having her at the party, Margaret decides to head to Mike’s anyway. And that encounter is the action of act two. (It seems like it took too long for me to describe that—which is kind of how it played in the play: it took too long to arrive at the interesting, dramatic action of act two.) 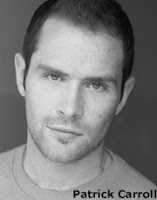 I actually don’t want to say too much about what happens in act two because that was the most enjoyable part, and I think viewers will have a better time uncovering everything as it is revealed in the play. Suffice it to say that classicism is alive and well in Mike’s Chestnut Hill home, and a couple with a catch in their relationship sweater (Mike and Kate) come nearly completely undone by the time Margaret is finished with them. This is compelling and impressive, and reminds you of the Pulitzer Prize winning playwright’s talent. 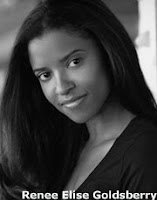 As directed by Daniel Sullivan, who successfully directed last season’s Time Stands Still, Good People plays almost like a sitcom. Transitioning from scene to scene, top and side curtains open and close, giving the effect of fading in and out. Margaret’s life is populated by some sitcom staples, including a sassy best friend, Jean; a feisty, salty old woman, Dottie; and a sad-sack lovable loser, Stevie. Also playing into the sitcom formula were my fellow audience members. They served as my de facto laugh track, chuckling and chortling over the various trite jokes littered throughout the play (though mostly in act one). Without their laughter, I might not have known certain moments were funny. 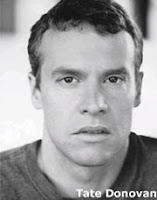 This isn’t to say I found the dramedy humorless. To be sure, Becky Ann Baker spit out Jean’s zingers with zest and Estelle Parsons is, at 83, at the top of her game. Frances McDormand was funny here or there (though she kept slipping in and out of her accent) but she really excelled in act two, which was decidedly more dramatic. (Everything in act two felt more comfortable – the flow, the actors – and perhaps this is why McDormand seemed to shine brighter here.) Her sparring partners, Tate Donovan’s Mike and Renee Elise Goldsberry’s Kate, were more than up for the challenge. Donovan did a good job and letting Mike’s rage simmer, boiling over at just the right moments. And Goldsberry really impressed as Mike’s wife, who is trying to be a gracious host but who ultimately won’t tolerate those who are not “good people.”

It’s tough to figure out who is “good people.” Sometimes we think it’s Margaret; sometimes we think it’s Mike. It’s an entirely subjective label to ascribe, even though Southie Margaret and Chestnut Hill Mike think they have the definitive interpretation. Margaret keeps saying Mike is lucky for having gotten out; Mike insists it is because of the choices he made. Good People doesn’t spell out who is right but its redeeming quality is that it asks the question: What makes good people—luck or choice?

This is a Manhattan Theatre Club production so visit mtc-nyc.org for more information and to purchase tickets, and while you’re there, take a look at these production stills.
Broadway theatre