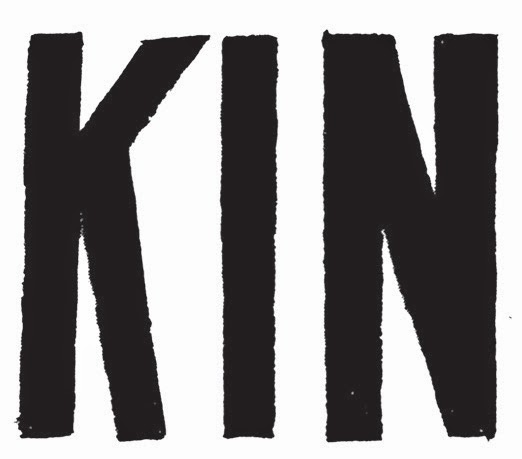 Kin was good and engaging enough but that’s about as emphatic as I can get about Bathsheba Doran’s new play currently at Playwrights Horizons. I suppose my lack of a strong reaction has to do with a lack of strong material. Kin explores familial relationships (as the title suggests) with family being extended to include the friends we think of as and make family.

Within the exploration, we see several damaged characters trying to make a life, though most of them seem to hinder themselves by continuing with something or someone because it’s routine and familiar and comfortable, not because it’s good or right or fulfilling. These people are all lonely and looking for a connection, no matter how strained it may be at times. (Interestingly, as pointed out in production notes by PH’s Artistic Director Tim Sanford, Anna and Sean, the couple everyone else orbits around, are hardly ever seen on stage together.)

An interesting scenic design (by Paul Steinberg), good direction (by Sam Gold, who so winningly directed last season’s Circle Mirror Transformation) and a great cast made up for a script that was a little trite. Not trite in the sense that the writing was bad or terribly clichéd (in fact, the writing was good – smart without trying and efficient), but trite in that the subject matter – which was obviously something the playwright wanted to explore – has been explored before and there was nothing new being said here. In various production notes, folks talk about Doran’s writing, saying it has terrific structure. That may be the case but structure doesn’t automatically berth originality or intriguing, dynamic content.

However, as I just mentioned, the cast was commendable. Some stand outs include Laura Heisler’s Helena, our protagonist’s best friend. Heisler brought depth to a role that could easily have been just an annoying caricature. As Adam, Cotter Smith (who was terrific in Next Fall last spring) was pitch perfect as the guy who does “all the right things” without ever really getting it right, emotionally. And Patch Darragh thoroughly impressed as Sean, an Irishman living in . He exuded a quiet strength and breathed some substance into a fairly underwritten role.

Most of the roles are underwritten, come to think of it. And perhaps that is where some of my hesitation at wholly recommending this comes from. Reflecting on this, I’m reminded of my disappointment with Blue Valentine. In both cases, we checked in with the characters at various mileposts but never saw how they arrived there. For instance, in one scene in Kin our leading lady, Anna (Kristen Bush), is on the phone with best friend Helena, nearly having a panic attack over the fact that she can’t decide how she feels about her boyfriend of two years, Sean. She is starting to realize that maybe she’s only still with him because it’s comfortable. Then, in the very next scene, she’s sitting on the stoop of Sean’s home in , chatting with his mother. Earlier in the play, Sean mentioned that he would never bring a girl back home to unless he was going to propose. So Anna goes from having a panic attack over her relationship to accepting a proposal – and we, the audience, have no insight as to what transpired in between the consecutive scenes. We don’t know why this woman who was so flustered (in a bad way) by the thought of continuing her relationship with Sean would ultimately agree to marry him. We can make inferences, as I am about the characters’ propensity to stay with the routine and familiar, but some sort of satisfying transition scene, here and elsewhere in the play, was sorely lacking.

Still, Kin was engaging for its one hour and forty-minute duration. The scenes kept shifting (literally – stage crew and the cast would move a wall to the left or the door frame to the right, placing a clock here or there) which kept the pace moving. (Director Sam Gold seems to have an incredible knack for matching a pace to a play. Circle Mirror Transformation was wonderfully as slow as it needed to be while Kin moved along at an appropriately brisk clip.) The damaged but likable characters captured my attention and did get me thinking about my relationships, with kin and others. And any theatre outing that gets the audience thinking is a worthwhile one in my book.

(Visit playwrightshorizons.org to learn more about Kin, and to purchase tickets.)
off-Broadway theatre