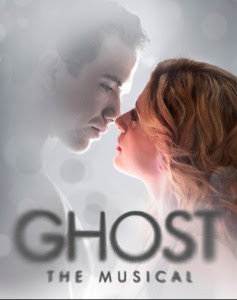 I had the pleasure of attending the Ghost Light Session, a sneak peek at Ghost the Musical, which is set to begin previews at the illustrious Lunt-Fontanne theatre on March 15.

After passionate discussion, Ingram convinced the Academy Award-winning Ghost screenwriter Bruce Joel Rubin to come aboard as Ghost the Musical’s book writer. Rubin immediately got to work on writing the book and even took a crack at writing some of the songs. He said his lyrics were good, but they were nothing compared to what Glen Ballard and Dave Stewart would eventually come up with. 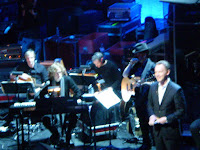 Ballard is a six-time Grammy Award-winner who has worked with the King of Pop (Michael Jackson), the Queen of Soul (Aretha Franklin) and other untitled musicians such as Alanis Morrisette and the Dave Matthews Band, among others. Stewart is perhaps best known for his time as part of the Eurythmics but has worked extensively with some of the pop and rock worlds’ biggest acts, including Tom Petty and Mick Jagger. The two have combined forces to create an original score for Ghost the Musical.

And that score is good. I heard snippets several months ago, when the show opened in the West End, and was underwhelmed. But hearing full songs brought exquisitely to life by a terrific cast that includes Hair’s Cassie Levy (I love her voice) and impressive newcomer Da’vine Joy Randolph, I’m hooked. Levy’s rendition of “With You,” a ballad that builds to new emotional heights, is heart-wrenching in the most wonderful way.

But wait–there’s more! At the helm of this innovative production (there’s no set—just shimmering and mercurial LED displays and video projections—and it looks wicked good) is none other than Tony Award-winning director Matthew Warchus. Warchus scored hits on Broadway is recent years with his direction of God of Carnage and (the hysterical) The Norman Conquests. He mentioned during the Ghost Light Session that his degree and studies have been in music, so there’s always music in his direction. Directing a musical, he said, comes naturally.

After the Ghost Light Session, I am really excited to see the full production of what is sure to be a spectacularly emotional show. Previews begin at the Lunt-Fontanne theatre on March 15 in anticipation of an April 23 opening. Visit ghostonbroadway.com for more information and to purchase tickets.

Want to see the Ghost Light Session? Become a fan of Ghost the Musical on Facebook and on Tuesday, January 24, you’ll have three chances to watch the same enthralling sneak peek I saw.

Stars Cassie Levy and Richard Fleeshman introduce you to Ghost the Musical:

Production stills courtesy of The Hartman Group. Blurry photos of the Ghost Light Session courtesy of my ailing camera.