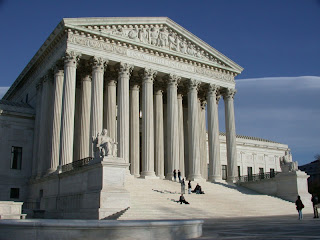 The Newsroom
So you tuned in and loved The Newsroom, right? Me too! As part of their coverage, Broadway.com will, each week, round up their favorite quotes from each episode. Here's what they liked from the premiere. (I personally liked it when Will McAvoy sardonically referred to America as so "star-spangled awesome," and I loved Johnny Gallagher's face when his Jim Harper had to reveal one of his sources to be his big sister!) Tune in Sunday at 10 for the next episode:

Downton Abbey
We got a sneak peek at Shirley MacLaine on Downton Abbey! When MacLaine received the AFI's life-achievement award, a brief clip of her work on Downton Abbey was shared (click here if the embedded video doesn't work):

And for even more Downton fun, check out the Martin-inspired opening credits:

Wilfred
Wilfred is back, dear readers! On the eve of the second season premiere, Buzz Focus caught up with the show's star, Elijah Wood, to talk about Wilfred, getting into Frodo mode again and other upcoming projects. Wilfred airs on FX on Thursday nights at 10pm.

Below, watch Wood talk to Craig Ferguson about his favorite kissing technique!

Openings and Closings (and an Extension)
Things are changing on the Rialto. Here's a rundown:
The Leftovers
Tom Perrotta, one of my favorite novelists (he wrote Little Children and Election, upon which the eponymous movies were based, as well as my favorite, The Wishbones), will adapt his latest novel, The Leftovers, into an HBO series, in collaboration with Lost's Damon Lindelof. The Leftovers concerns the townspeople leftover after a Rapture-like event, the Sudden Departure. As I was reading the novel, I thought, "This would make a really interesting series." I guess great minds think alike! Deadline has details.

SCOTUS Update
The biggest news this week: President Obama's Affordable Care Act was mostly upheld by the Supreme Court! The New York Times has complete coverage of this far reaching decision. My favorite part of the article is hearing opponents' main argument against the individual mandate: they say if the government can force citizens to buy healthcare, "it could compel them to buy almost anything, with broccoli becoming the central example in court argument." First, no. Second, would that be such a bad thing? Broccoli is rich in vitamins and nutrients, it's affordable and it tastes good. And third, the government pretty much already forces people to buy corn, what with all the farm subsidies. Switching to broccoli would be a step up, as all the corn is doing is making us a more obese nation. Opponents, come up with a better argument. In the mean time, good job, SCOTUS! (Meanwhile, Rolling Stone says, "Supreme Court Okays Obamacare! Now What?")