Peter and the Starcatcher 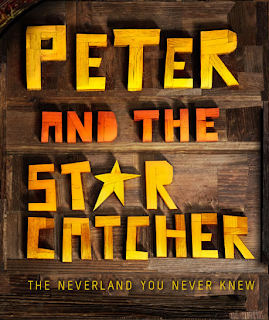 Imagination has taken over the Brooks Atkinson Theatre, home to Peter and the Starcatcher. Losing nothing in its transfer from the New York Theatre Workshop, “star stuff” has made its way to Broadway, and what a wonderful thing that is.

Though the show uses the tagline, “the Neverland you never knew,” that’s only half the story. Yes, it’s the story about how Boy becomes Peter Pan; more broadly, though, it’s about a lost boy finding his home. It’s about the chances you have to take to find freedom. And it’s about the enduring friendships forged along the way.

Under the splendid direction of Roger Rees and Alex Timbers (with movement by Steven Hoggett), the rag-tag, can-do, scrappy spirit from the downtown production has made its way uptown. A single rope is still the most pivotal piece of the scenic design (which, rope and all, springs brilliantly from the mind of Donyale Werle, reprising her work from NYTW). Worlds are still created by the entire company, with every member pitching in to move a box of treasure, hold a rope or be a door. And we are still asked to help tell the story by using our imaginations.

Rees and Timbers have assembled a terrific cast. Teddy Bergman is hilarious as Fighting Prawn. Arnie Burton and Greg Hildreth are delightfully silly as Mrs. Bumbrake and Alf. As two other lost boys, Carson Elrod and David Rossmer engage in classic sidekick banter, always trying to claim leadership and hatch another plan. Isaiah Johnson (Captain Scott), Matt D’Amico (Slank/Hawking Clam) and Kevin Del Aguila (Smee) all have scene-stealing moments. (And D’Amico has a wicked beard!) And Rick Holmes brings a little high-brow honor to the story as Lord Aster.

But the show would be lost forever if not for the three main players: Christian Borle as Black Stache, Celia Keenan-Bolger as Molly and Adam Chanler-Berat as Boy. 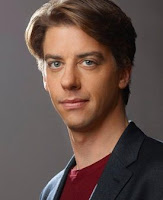 Black Stache is the man who goes on to become Captain Hook, and in Borle’s hands, he’s goofy, spastic and totally harmless. Flinging his lanky body around the stage and wrapping it around boxes of treasure, Borle turns in one of the best physical-comedy performances in years. He hams it up and chews scenery whenever possible, which sounds obnoxious but absolutely fits within the context of the show. His Black Stache is exuberant and exasperated, nefarious and a naif. Borle’s rip-roaring performance is not to be missed.

The only woman in the company, Celia Keenan-Bolger is magnificent as Molly Aster, half a starcatcher (she’s an apprentice) and the girl who befriends Boy and helps him and the other lost boys find their home. As Keenan-Bolger plays her,

Molly is a precocious 13 year old, using her British wit and Mary Tyler Moore-spunk to both win over the boys and complete her starcatcher mission. (Molly is entrusted with a trove of star stuff, pieces of stars that have fallen from the sky; when sprinkled with star stuff, you can be anything you want to be.) Keenan-Bolger finds a nice balance in Molly, bringing the bossiness but also plenty of warmth, making Molly a strong role model for young girls.

Tackling the role of Boy is Adam Chanler-Berat, last seen on Broadway as the sweet boyfriend Henry in Next to Normal. Boy can be a tough role. When we meet him, he’s cynical, having lost all his boyish wonder and optimism after spending years as a friendless orphan. But Chanler-Berat excels, skillfully showing Boy’s growth as he journeys from a sullen, distrusting lost boy to a thoughtful, loyal and proud Peter Pan.

Peter and the Starcatcher (written by Rick Elice, based on the novel by David Barry and Ridley Pearson) is such a glorious Broadway offering because it really is for the whole family. While kids might not follow every nuance in the story, they’ll thrill over the storytelling, hopefully leaving inspired to express themselves and put on a show of their own. And adults will appreciate the humor, which includes jokes about Ayn Rand and Phillip Glass, and the heart, which fuels the story. (In these ways, Peter and the Starcatcher reminds me a bit of the Muppets and their ethos.) But mostly, what I love about this magical show is that it proves beautiful, wonderful, delicious things are possible if we just open ourselves up to them and let our imaginations take flight.

Get your fill of star stuff today! Head over to peterandthestarcatcher.com to learn more about the show, play games and purchase tickets.

(Read my review of the New York Theatre Workshop production.)


(Production stills, by O&M Co., from Broadwayworld.com.)
Broadway peter and the starcatcher play