The Newsroom
First and foremost: The Newsroom has been picked up for a second season! Yay!!!!!!! And now, back to this season. What did you think of the second episode? I loved all the shades of Sports Night and the comedy of this episode. It definitely fits into Aaron Sorkin's description of this having ancestry in romantic screwball comedies. Plus, this episode featured the debuts of funny lady (and sometimes The Daily Show correspondent) Olivia Munn and the talented and appealing Chris Messina (Ira and Abbey).

As promised, Broadway.com has a round up of their favorite moments of the episode, including this one: Reese (Messina) says to Will (Jeff Daniels), "Have you ever been at Sardi's on opening night of a Broadway show five minutes after word gets out that the Times panned it? They leave and they never come back."

Next week, you'll have a chance to chat with John Gallagher, Jr! Head over to HBO Connect to learn more!
Finally, here's a look at next week's episode, "The 112th Congress," which looks really good, and what we can expect in the next several episodes: 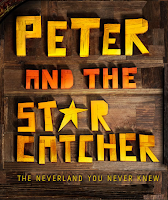 50 Unseen Movies
Entertainment Weekly brought us its list of the 50 Best Movies You've Never Seen. In my case, however, it's only 40 because I've seen ten of the movies on the list! While I can't say that all ten I have seen are worth a watch, this is a fun list to peruse. My favorites from the list? Safe Men (with Mark Ruffalo, Sam Rockwell and Game of Thrones' Peter Dinklage, among others), Happy Accidents (with Marisa Tomei) and Idiocracy (from Beavis and Buff-head creator Mike Judge and starring Luke Wilson). Which have you seen?

Bring It On
Today, via his Twitter account, Lin-Manuel Miranda shared the "B-roll" that's playing outside the St James theatre, the summer home to his new show, which he co-wrote with Tom Kitt (a genius), Amanda Green and Jeff Whitty. Find details about the show at its official website, bringitonmusical.com.