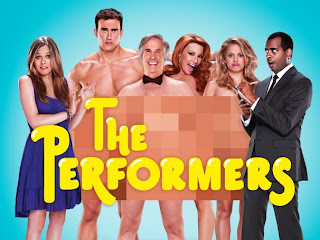 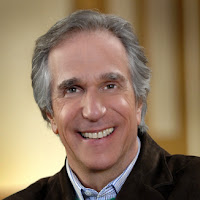 Like any other story, The Performers is about relationships. What sets this apart from other plays of its ilk is, in addition to a truly hilarious script by emerging playwright David West Read (Dream of the Burning Boy) and spot on performances from the entire six-person cast, that this is set in the world of adult filmmaking. 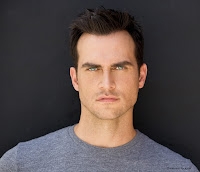 The action of  The Performers takes place, mostly in real time, in Las Vegas on the night of the Adult Film Awards (think: the AVN Awards David Foster Wallace wrote about in his essay "Big Red Son," included in Consider the Lobster,) which are exactly what they sound like. We first meet adult film star Mandrew (Jackson) as he is being interviewed by his high school buddy Lee (Daniel Breaker), now a New York Post contributor. Lee is in town with his fiance, Sara (Alicia Silverstone), the only woman he's been with. Mandrew is married to fellow porn star Peeps (Ari Graynor), and both are up for awards tonight. Mandrew's competition is Chuck Wood (Winkler), an aging star, while Peeps's frenemy is the newly enhanced Sundown LeMay (Jenni Barber).

It's a wacky set up full of silly twists and turns all aimed at making us think about our boundaries within relationships.

In talking about his role, Jackson said in an interview that that boundary made him think about what lines he's willing to cross in his work as an actor. Last year, Jackson married his longtime partner, Monte Lapka. Yet, on stage, he may have to flirt with, embrace or even kiss another man or a woman. Is it okay, since it's for work?

Taking it out of the acting realm, what kind of boundaries are necessary in your relationships? You often hear people talk about their work spouse, i.e., some coworker who serves as their go-to for myriad matters, and possibly someone with whom they flirt, just to make the office fun. Is having a work spouse and being emotionally invested in this person okay as long as you're not physically with him or her?

And forget about sirens and other temptresses. What about familial boundaries or a set of rules for how you and your partner act within your own relationship? Maybe you have a rule against arguing in public; perhaps there's a sanction regarding whether or not you allow office work in the bedroom; it's possible you've created and stick to a routine that works for you both - in bed and out - even if it isn't particularly adventurous.