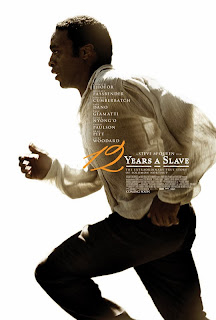 12 Years a Slave really is as good as the hype. Watching the story of Solomon Northup—a real black man who, though free (and living happily with his wife and two children in Saratoga, NY), was tricked into slavery in 1841 and worked as a slave for the next 12 years—we see an unflinching and unforgiving portrait of American slavery.

At times, the film is difficult to watch but it should be. Adapted by John Ridley from Solomon’s memoir, this is a film that depicts the brutality of America’s original sin and we absolutely should be uncomfortable while watching humans enslave other humans, while watching one man terrorize another merely for entertainment. The wonderfully patient director Steve McQueen (Hunger, Shame) takes his time in telling the story and uses his visual artist’s aesthetic to show the details that shape lives.

Working with director of photography Sean Bobbitt, McQueen keeps you unsettled as he offers beautiful establishing shots in which we see the vastness and natural beauty of the lands and then knocks you out with something terribly brutal moments later. I also appreciate his long, one-shots, for which he developed a taste in Hunger. Here, one of the most beautifully shot scenes is also the most brutal. It depicts a slave being whipped not just by her master, but also by her fellow slave. The scene plays out in one shot, with the camera moving here or there to capture particular moments. From a filmmaking perspective, it’s exquisite. From a simply human perspective, it’s terrorizing.

Much of that is due to the wails being let out by Patsey (Lupita Nyong’o), the slave being beaten. Nyong’o makes a strong and impressive feature film debut as Patsey takes abuse from all sides. She is the favorite of Master Epps (Michael Fassbender) and because of this she draws the ire of Mistress Epps (Sarah Paulson). Both abuse her in their own ways, and the young-looking Nyong’o shows Patsey’s struggle to heart wrenching effect.

What’s interesting about this depiction of slavery is that it shows how one becomes a slave. Typically, we “meet” slaves who’ve never known another way of life. But in this story, we watch Solomon (Chiwetel Ejiofor) become a slave. We see how his captors must break him first—not physically, of course, because then he wouldn’t be able to work; they break him mentally—before they can sell him. (He is beaten during this time, and McQueen doesn’t relent for the squeamish.)

We watch Solomon learn that his brethren are not looking out for him, and we watch him learn the consequences of standing up for yourself and clinging to your dignity. And in one pivotal scene, while the slaves join in a gospel hymn, we watch as Ejiofor (Kinky Boots) portrays a transformation within Solomon through a layered, penetrating and mercurial look on his face.

It’s also fascinating, if utterly shameful, to see the different kinds of slave owners. Some owners, like Solomon’s first master, Ford (Benedict Cumberbatch), have slaves because that’s what you did in that place during those times. It was a means to an end but, relative to the circumstances, they treated their slaves decently. (To wit: Ford sells Solomon in order to get Solomon out of his plantation, where one of his overseers, Tibeats (Paul Dano), wants to see Solomon six feet under.)

Then there are others, like Epps, to whom Ford sells Solomon. Epps takes great pride in “owning property” and derives such joy from having slaves and treating them badly. The moment Fassbender (Hunger, Shame) appears on screen, you notice something sinister behind his eyes. There is a despicable rot emanating from Epps’s soul. The fearless Fassbender imbues Epps with a simultaneously horrible and transfixing spirit that just might make you hold your breath every time he’s on screen. 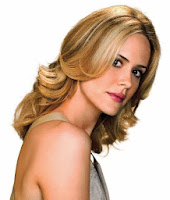 Master Epps isn’t alone in his home. He has Mistress Epps by his side. As brought to life by the terrific Sarah Paulson (Collected Stories, Martha Marcy May Marlene), Mistress Epps comes on innocuously enough but steadily builds to a maniacal, Lady Macbeth-like fury, assaulting Patsey out of jealousy and goading Master Epps into “manning up” and beating his slaves—all of them, including Patsey. It’s a quiet performance that might fly under the radar this season, but make no mistake: Paulson’s Mistress Epps is not to be trifled with.

Of course, 12 Years a Slave is based on a true story, one for which we know the outcome—Solomon regains his freedom. That part of the story wraps up fairly quickly (and is precipitated by a Canadian construction worker played by Brad Pitt, who’s also one of the film’s producers), though not in any rushed manner. The focus, though, is on Solomon’s 12 years as a slave and what it does to him. His entire journey is perhaps best encapsulated in his first words to his family upon returning home. No spoilers here—go see this extraordinary film.
Additional information: 12 Years a Slave also features Alfre Woodard, Paul Giamatti, Chris Chalk, Michael K. Williams, Taran Killam, Quvenzhane Wallis, Scoot McNairy, Rob Steinberg and Bryan Bratt in brief but important roles. The music by Hans Zimmer and the sound editing (particularly the way dialogue, music or sounds from one scene bleed into the next, presenting a searing divide that was part of plantation life) is powerful.