Guys and Dolls is Back (for One Night)
The beloved Frank Loesser musical will enjoy a one-night-only concert at Carnegie Hall's Stern Auditorium on April 3, 2014.  Directed by Jack O'Brien (Catch Me if You Can), the concert will feature good old reliable Nathan Lane (The Addams Family), reprising the role of Nathan Detroit, whom he played in the 1992 revival, Patrick Wilson (The Full Monty, Young Adult) as Sky Masterson, Megan Mullally (Will and Grace) as Adelaide and Sierra Boggess (The Little Mermaid) as the missionary, Sarah Brown. Tickets are on sale now. Broadway.com has more. (Bonus: watch the video below to see Wilson singing the My Fair Lady tune, "On the Street Where You Live," during a Kennedy Center Honors performance honoring Julie Andrews.)

Holiday Season Happenings
The performers for the 87th Annual Macy's Thanksgiving Day Parade have been announced. (This is the parade that's televised on NBC.) The parade will feature performances from Matilda and Motown, as well as appearances by Kristen Chenoweth, Megan Hilty, Joan Jett and the Blackhearts and Jimmy Fallon and the Roots, who will perform with the cast of Sesame Street! The parade will air on NBC on Thanksgiving morning, November 28, at 9am. Broadway.com has more.

Award Season Updates
Here is some of what we've learned in this week's Feinberg Forecast (in which The Hollywood Reporter's awards guru, Scott Feinberg, analyzes the week's happenings and what impact that have on the Oscar race):  12 Years a Slave continues to impress at the box office, but Dallas Buyers Club had a higher per-theater average (and the race of Best Supporting Actor may come down to performances from those films, with Michael Fassbender and Jared Leto, respectively, being the front runners). David O. Russell (Silver Linings Playbook) will be feted at the upcoming AFI Fest as his latest offering, American Hustle, gets ready for release.

Elsewhere, Hit Fix posits that this year's contenders for both original and adapted screenplay is one of the most competitive in years. From Tracy Letts in the adapted category (he adapted his Pulitzer Prize- and Tony-winning play, August: Osage County for the screen) to perennial favorite and previous winner for original screenplay, Woody Allen (Blue Jasmine), the race is heating up! 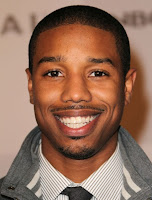 Meanwhile, there's a concerted "for your consideration" push for Fruitvale Station star Michael B. Jordan. This week, he was feted at a Vanity Fair soiree, and you can head to the gripping film's Tumblr to see photos of the event. Fruitvale Station was also nominated for a Gotham Audience Award, along with 12 Years a Slave; Best Kept Secret; Don't Stop Believin': Everyman's Journey; and Jake Shimabukuro: Life on Four Strings. Indie Wire has more. 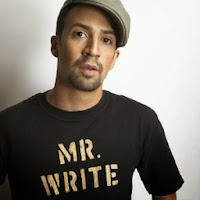 Broadway Closings
This week, we learned that two of this season's new Broadway shows will close. 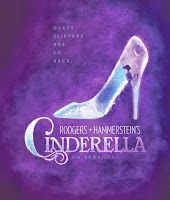 Schedule Change
Three Broadway shows, Phantom, Cinderella and Mamma Mia, will change their performance schedule this spring. Beginning the first week in April, those three shows will offer a Thursday matinee. While the announcement on Broadwayworld.com gives little detail about how the Thursday matinee will affect the rest of the schedule, I did some snooping on Telecharge, the online ticketing site for all three shows. The schedule has been update only for Cinderella and here's what I found out: With the Thursday matinee, Thursdays will now be a two-show day, with performances at 2pm and 7:30pm. There will not be an evening performance on Wednesdays, but there will still be a matinee. So, the new schedule will be as follows: dark on Mondays; 7pm on Tuesdays; 2pm on Wednesdays; 2pm and 7:30pm on Thursdays; 8pm on Fridays; 2pm and 8pm on Saturdays; and 3pm on Sundays. Check your favorite ticketing site or the show's box office for addition scheduling details.