I remember seeing Little Miss Sunshine in the movie theater in 2006. It was one of the first breakout, counter-programming summer movies (in the recent trend, anyway), and it was so delightful and poignant and easy to relate to. So I was a little bit skeptical heading into see the stage musical adaptation but also a little bit excited (particularly because of the cast). I went in with mixed feelings and I came out with mixed feelings.

Little Miss Sunshine tells the story of the Hoovers, an average Albuquerque family (mom, dad, grumpy grandpa, depressed uncle, brother and sister) that heads out on an unplanned road trip to Redondo Beach, California, so that little Olive, the (8-10-year old) spunky kid can compete in the Little Miss Sunshine pageant. For most of the show (as in the movie) they're stuck in a van with no one but each other. (That van, by the way, is a clunker and the family has to push it to get it going and then hop in while it's rolling along.) There are laughs, there are fights, there is sadness, there is joy—everything a regular family experiences.

Book writer and director James Lapine (The 25th Annual Putnam County Spelling Bee, Merrily We Roll Along) and songwriter William Finn (The 25th Annual Putnam Country Spelling Bee, Falsettos), for the most part, do a good job of capturing the spirit of the Michael Arndt and Jonathan Dayton + Valerie Faris film. (And choreographer Michele Lynch does wonders as the cast "drives" the van (seven chairs) around the stage, designed by Beowulf Boritt (If There is I Haven't Found it Yet).

I like that, just as in the movie, the Hoovers are a typical family. They lead a regular, unglamorous life. They struggle as many families do (this helps keep the story relevant to 2013). They fight. They have KFC for family dinners. They dress comfortably and not like they just came off a runway in Milan. During a post-show discussion, I asked Stephanie J. Block (The Mystery of Edwin Drood), who plays family matriarch Sheryl, if there was any temptation to make the family more glamorous, to add some flair to the costumes. She said that, certainly, she wanted Sheryl to be chicer, but the creative team insisted, and she agreed, that it wouldn't have served the story. That the point is that this is a typical, Albuquerque family of modest means and average aspirations.

But those aspirations, however modest (though certainly earnest) are not all fully realized or even expressed. Unfortunately, Little Miss Sunshine is yet another example of a musical theatre trend: the snippets or almost songs. These are musical moments that instead of being full songs, whether long or short, are just pieces of songs. There are melodies and rhymes and the lyrics are sung but it's just not a full song. (I also missed a full, un-synthesized orchestra.) Sure, when you have an operetta that's OK, but not in a book musical. In Little Miss Sunshine, there are only a handful of full songs, and two of them don't follow the rules.

Typically in a book musical, songs occur when the emotion is so great the character has no other way to express himself than to sing. (Think "Maria" in West Side Story.) It's those times of heightened emotions when simple words delivered in your regular speaking voice don't do justice to what you're feeling. But two of the small handful of full songs don't fulfill that criteria. They don't really do much for character development or in terms of moving the story forward. (And by the end of the show, none of what the characters were singing about has been resolved.) Furthermore, they occur during moments that are much less emotional than the almost song moments.

Now, if those songs were in a musical that was full of full songs, their rule-breaking could be forgiven, and would probably go unnoticed. But because they're not, it just points to missed opportunities elsewhere in the score and the story. For example, Block, as the mother trying to hold the family together, the person who is looking for something more out of life, has several moments throughout of heightened emotion. She sings a lot of almost songs, but then they never go anywhere. (Block is terrific so we're able to figure out what Sheryl wants, but the songs don't satisfy.)

As I was watching the show and recognizing the almost songs, I thought, "Why not put in an intermission, make the show longer and give yourself time to have more full songs?" (When I saw it, Little Miss Sunshine was about 100 minutes with no intermission.) Well, during the talkback, Block answered. The question posed to her was, "There were moments that felt a little long and others that flew by. Can you talk about the decision to not have an intermission?" Block said that in the La Jolla production (the show had its world premiere at the La Jolla Playhouse in San Diego; Block was not in that production), the show was longer and there was an intermission. But, as Block explained, so much of the story is about momentum. It's about this family in this van moving forward. In La Jolla, they found that it took the audience about ten minutes to get back into the momentum after intermission, and it just didn't work for the show.

That's actually a really good reason to go the intermission-less route. It's kind of like American Idiot; that show begins by shooting its characters out of a canon and it doesn't relent. Still, there is much you can do within the structure of an intermission-less book musical while still having full songs. They might be shorter (like in Bloody Bloody Andrew Jackson), but they can be full. (The other draw back to having so few full songs: not enough Stephanie J. Block singing. To have her and that voice on stage and use it so infrequently is a shonda!) 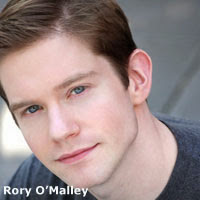 (Another disappointment is that a favorite moment from the film is not in the show, even though the set up for it is. Alas, we can't have it all.)

What we do have a talented cast. Rory O'Malley (The Book of Mormon, Nobody Loves You) excels in two of the full songs, and I also like that he plays Frank, the depressed uncle, with depth, rather than just as a one-note depressive. O'Malley rubs away any shine Frank might have, but not his pathos.

It's a shock to see Will Swenson (Hair, Murder Ballad) in khakis and a polo, just another dad. He actually is a dad in real life (and according to wife Audra McDonald's tweets, a great one) but this is so unlike everything else I've seen him in. (He's usually so sexy and smoldering.) He's terrific though, channeling a guy just trying to do right by his family. Swenson also gets one of the few full songs—a solo, at that—and he gets the bittersweet emotions just right.

David Rasche is fine but ultimately forgettable as the curmudgeonly grandfather (a role that won Alan Arkin an Oscar). (To be fair, his character isn't given much time to develop.) Hannah Nordberg has some memorable shoes to fill, taking on the role that made Abigail Breslin a household name, but she does it with aplomb. Her Olive is quirky and unique, sweet and an actual little girl - not some overly sophisticated, tarted up tyke old made to look like she's 17. (Are kids allowed to just be kids anymore?)

Nordberg is actually an integral part of my favorite moment (which was also my favorite moment of the film). Without giving too much away (for those of you who haven't seen the movie or don't vividly remember it), there's a moment—outside the van—when Dwayne (Logan Rowland), Olive's older brother, is angry and obstinate. Little Olive goes over to her brother, sits down beside him and puts her arm around him. She doesn't say anything, but brothers and sisters have a special bond, and that's all it takes for Dwayne to say, "OK. I'll go." The two climb back in the van so they can continue on their trek to make Olive the next Little Miss Sunshine.

It's a sweet moment and, like the rest of the show, heartfelt and without a trace of cynicism. Yes, this family has its problems. We all do. What's refreshing about the Hoover family's story is that it is sincere. We're so snarky with one another these days that it's easy to miss out on the small, seemingly insignificant moments of life. But it takes very little to connect. Sometimes it's just an arm around a shoulder, and as the Hoover might say, that's what life is like.
Little Miss Sunshine musical off-Broadway Second Stage Stephanie J. Block Will Swenson