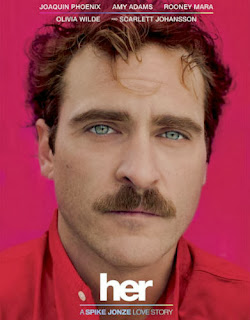 Her is set in the near future, a future in which technology is even more integral to our lives, but the remarkable thing is we don’t seem too far away from this world writer and director Spike Jonze created. 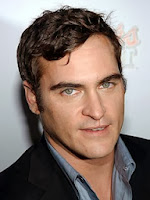 In Jonze’s world, technology is fully integrated into people’s lives, and a new, artificially intelligent and intuitive OS has just been introduced. These people are so used to connecting to technology and not people; our protagonist, Theodore, works for beautifullyhandwrittenletters.com, which is just what it sounds like. He and his colleagues get little tidbits from their clients, and then write beautiful, hand-written letters—love letters, letters from kids away at camp, letters from loved ones serving overseas—and print and send them.

This is a world in which everything, including human connection and emotion, is outsourced, and it’s not such a stretch to imagine such a world. We already rely so much on technology and use it to “connect,” but can anything actually replace true, face-to-face human contact?

It’s disturbingly easy to see how Theodore (a fantastic, charming and winsome Joaquin Phoenix) falls in love with his OS, Samantha (voiced to great effect by Scarlett Johansson). The OS is programmed to grow and learn, but it grows and learns from its user. It literally sees the world through the user’s eyes, so naturally the OS is going to develop points of view and habits that complement the user. (But what happens when the singularity hits and the OS’s growth outpaces the user? Do humans have an endless capacity to grow?)

That sounds appealing, doesn’t it? Dating is such a difficult ritual. To actually find someone you want to spend time with and to find someone who accepts you for who you are is pretty much an exercise in insanity. (One of Theodore’s friends, Amy (an unadorned but astonishing Amy Adams) says as much in the film.) So entering into a relationship with an OS that learns from you and offers companionship sounds like an ideal relationship.

But it also takes away all the beauty and complexity of human interaction. And what does it say about you as a person if the only relationship you can handle is with a computer? Theodore’s ex-wife (Rooney Mara) says to him, “You couldn’t handle all the emotion of a human relationship so of course you’re dating your computer.” 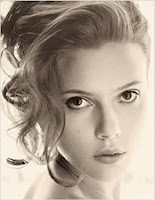 What’s remarkable about what’s presented in Jonze’s film is how easily Theodore’s friends and colleagues (most of then, anyway) accept his relationship with Samantha. One colleague (Chris Pratt) invites him out on a double date and when Theodore says of Samantha, “she’s an OS,” the coworker doesn’t even blink. Dating your computer is totally natural.

Are we so far away from that? People already sleep with their phones on their nightstands; people already can’t unplug when they should be spending time with their family, for example. Is it so outrageous to think about dating your computer? In this fascinating film, Jonze isn’t advocating human-computer relationships but he does ask us to imagine what it might be like, implications and all.

Is it healthy? What about the human touch? I mean that literally. The OS can’t touch you. It can offer whatever sympathy it’s learned from you, but it can’t hug you. It can’t hold you. It can’t kiss you. Is that a fulfilling relationship? Even if you’re not in a romantic relationship with a person, in-person contact is important. Being able to see the person’s face and share a physical space and therefore share an experience is important and necessary. You can’t get that from a computer, no matter how perfect a “her” it might be.