No Man's Land and Waiting for Godot

Update: This production of No Man's Land, starring Ian McKellen and Patrick Stewart, is set to play London's Wyndham Theatre from 8 September through 17 December 2016. Visit londontheatres.co.uk to book your tickets.

Twelfth Night and Richard III are not the only repertory productions on the boards right now. Sirs Ian McKellen and Patrick Stewart lead rep productions of Harold Pinter’s No Man’s Land and Samuel Beckett’s Waiting for Godot, both directed by Sean Mathias. (Tony winners Billy Crudup and Shuler Hensley round out each play's four-person company.)

Though I was more familiar with Godot, I saw No Man’s Land first and stayed for the first of several post-show discussions with the cast and director. It helped. My experience with No Man’s Land mirrored my high school experience with Catcher in the Rye: I didn’t love reading it but I quite enjoyed discussing it. So too with this Pinter play.

On an elementary level, No Man’s Land is about a man, Hirst (Stewart), who has dementia. At rise, he is hosting an apparent interloper, Spooner (McKellen), and they’re kicking back quite a few drinks. Hirst’s caretakers, Foster and Briggs (Crudup and Hensley, respectively), arrive home and question Spooner’s presence. The second act brings more reminiscing and not just a bit of acrobatic manipulations.

I found it sporadically funny and amusing, if a little slow and not thoroughly engaging. But staying for the talk back clarified the “aura” of the show, if you will. At its essence, No Man’s Land is a play about life or, perhaps more to the point, a play about looking back on life. There’s much talk throughout of photo albums, and there are more questions asked/raised than answered.

Likewise with Waiting for Godot, which centers on two tramps, Vladimir (Stewart) and Estragon (McKellen), who are waiting in a wasteland for someone (or something?) named Godot. (In this production, the titular Godot is pronounced God-o, emphasis on the first syllable.) They spend their time simply trying to pass time. Their actions have no particular purpose other than to take up time while they wait.

So they play games with each other and try to remember things. (Memory becomes especially important in the second act, which, always, is more grotesque than the first.) They have brief distractions in the form of the Pozzo (Hensley) and his servant (?), Lucky (Crudup). At the end of each act, a young boy appears, delivering a message. Throughout, Didi and Gogo (as they affectionately call each other) pontificate on the ups, downs and in-betweens life has given them, with lots of circular and "Who's on first"-style dialgoue. (Waiting for Godot is, in my opinion, the more obviously funny play.)

But the thing about both No Man’s Land and Waiting for Godot is, as director Mathias said, they're about whatever they mean to you. Of Pinter, Mathias says he wasn’t writing with the intent of imparting wisdom; rather, he wrote to elicit thought, to provoke a discussion. Because so much is left open to interpretation, both are plays that are better seen and not read. To wit, an audience member asked the panel what could be done to help students understand the plays if they read them in class. Both McKellen and Stewart discouraged reading the play. McKellen said pointedly, “Don’t read it,” and Stewart chimed in, “Perform it.”

The stage is where both plays live – the performance and not words on a page is what will make these plays breathe. And the small company is breathing just fine. In No Man's Land, Hensley (Oklahoma!, Carousel) has a commanding physical presence and yet he’s able to play moments with such subtlety that he can appear vulnerable. For Waiting for Godot, Hensley again strikes a balance, using his size to his advantage in the first act, and downplaying it for sympathy in the second. It’s quite a gift. Crudup (The Metal Children, Arcadia) is full of smarm and swagger in No Man's Land, and zealously goes round and round with his scene partners. In perhaps the starkest difference, he's mostly mute for all of Waiting for Godot. Everything he means to convey he does so with his stance (hunched over and always twittering, like a tine that won't stop vibrating). When he finally does goes off on a manic, verbal tear (after Luck is commanded to "think"), he's like a feral Rottweiler that's just been let out of his cage. 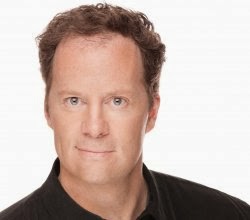 Stewart and McKellen are marvelous. Stewart is so understated in his performance in No Man's Land, from the subtle shaking (notating Hirst’s dementia) to the slight hesitancy in his voice when Hirst tries to cover for the fact that he doesn’t remember all he wants to. And McKellen is spryer than most 21-year-old chorus boys dancing under the footlights. He dances around the stage (seriously – he’s basically en pointe, though in Keds, the whole time) as Spooner assesses the situation and tries to benefit from it.

In Waiting for Godot, the playful pair swap, and Stewart's Vladimir is the more "with it" vagabond. He's dressed better and seems to be in better physical condition than his partner (except for one particular ailment). Meanwhile McKellen's Estragon is, though rascally, mostly harmless and complacent. What really sparks in this production is their chemistry. We don't often see a pair so well suited to each other on stage these days. Their screwball comedy bromance is for the ages.