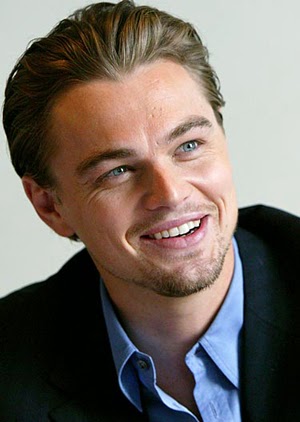 (Scroll down to find out if Leonardo DiCaprio is coming to Broadway!)

Award Season Update
BAFTA Awards—The last of the major awards shows before the Oscars, the BAFTA Awards were presented last weekend. (BAFTA is the British Academy of Film and Television Arts.) Adding another trophy to its mantle, 12 Years a Slave took home the Best Film honor, as did its star, Chiwetel Ejiofor. In a surprise win, Jennifer Lawrence (American Hustle) beat 12 Years' Lupita Nyong'o for Best Supporting Actress. The Hollywood Reporter's awards guru, Scott Feinberg, has some insight into what Lawrence's win means for her Oscar hopes. The magazine also has the full list of winners, as well as red carpet pics. (As always, Nyong'o stunned in Dior and Leonardo DiCaprio looked perfect in his tuxedo.)

Academy Awards—Final voting is underway for the Oscars, which are less than two weeks away. (Oscar night is Sunday, March 2.) The Hollywood Reporter's Feinberg brings us another Feinberg Forecast; this one doesn't have any news but it does include Feinberg's updated projections of who will win on Hollywood's big night. 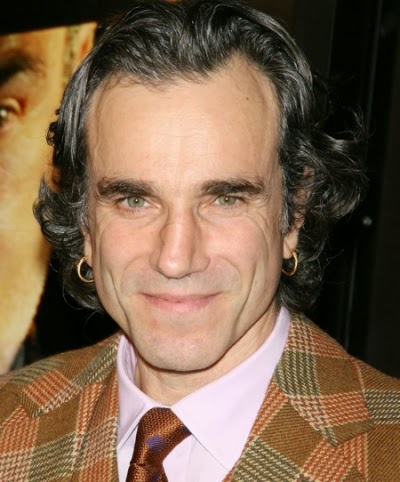 Oscar miscellanea: Bette Midler will perform on the show; despite being a two-time nominee, she's never performed on the telecast before. ...Typically, actors who took home honors the previous year present the award for the opposite gender in the current year. (For example, 2012 Best Actress winner Meryl Streep presented 2013 Best Actor winner Daniel Day-Lewis with his award.) And so, Daniel Day-Lewis, Jennifer Lawrence, Christoph Waltz and Anne Hathaway will present awards. (Lawrence is also a nominee this year.) ... Vulture has hand-crafted Oscar-themed knock-knock jokes.

In case you missed it last week, Idina Menzel will sing the Oscar-nominated song, "Let it Go," from Frozen, on the telecast. At a preview for If/Then, Broadway.com caught up with Menzel, who spoke about the excitement of performing on the Oscars: 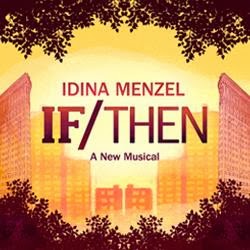 If/Then Preview Concert
Speaking of If/Then, the original Tom Kitt–Brian Yorkey musical that's coming to Broadway next month, the team performed a special, invite-only concert last week to introduce New York to the musical. Broadway.com was on the scene. If/Then reunites Next to Normal writers Kitt and Yorkey with their director, Michael Greif, and it reunites Greif with original Rent cast members Idina Menzel and Anthony Rapp.The show also stars LaChanze (The Color Purple), James Snyder (Crybaby), Jason Tam (Lysistrata Jones) and Ryann Redmond (Bring It On), among others. If/Then will play at the Richard Rodgers theatre; previews begin March 4 in advance of a March 27 opening. Visit ifthenthemusical.com for details and to purchase tickets.

Beautiful: The Carole King Musical
The cast headed into the recording studio on Monday to record the cast album for Beautiful! (Broadwayworld.com and Broadway.com have photos of the session.) Featuring the songs of Carole King + and Gerry Goffin and Barry Mann + Cynthia Weil, and the vocal talents of Jessie Mueller, how could you resist such a record? It will be available in stores, both digital and brick-and-mortar, this spring. In the meantime, let's check in with Mueller for the next episode of "Natural Woman: Backstage at Beautiful," in which Mueller takes us into the recording studio!

Audra McDonald Back on Broadway?
According to Broadway.com, the five-time Tony Award winner (most recently for Porgy and Bess) will return to Broadway this spring in a production of Lady Day at Emerson's Bar and Grill. In the play with music, McDonald will portray the legendary Billie Holliday. The report speculates that Lady Day will take up occupancy at the Circle in the Square Theatre, which will soon be available since its current occupant, Bronx Bombers (about the NY Yankees), is set to conclude its run on March 2. If this pans out, not only will McDonald be on Broadway at the same time as her hubby, Will Swenson (who is set to play Javert in Les Miserables), but it means that in one season, McDonald, Idina Menzel (If/Then), Sutton Foster (Violet) and Kelli O'Hara (The Bridges of Madison County)—all veritable divas of the best kind—will appear on Broadway. This is almost too much to handle!

Works by Women
Do you know about Works by Women? Founded in 2009, the organization's mission is to support theatrical work written, directed and/or designed by women by promoting the work and organizing groups to see/experience it, too. (They call these outings "play dates"!) To learn more, visit the Works by Women's website. (One of the upcoming play dates is to see Dinner with Friends, which is directed by recent Tony winner Pam MacKinnon. It also happens to be a great play!)