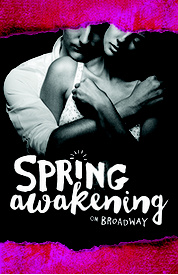 I heard about the Deaf West production of Spring Awakening, and I thought, "That sounds interesting." Then I heard it was coming to Broadway. I was going to see Spring Awakening on Broadway. Again. I was shocked.

I saw Spring Awakening ten times during its original Broadway run. At my age, it's uncommon for there to be a revival of a show I saw in its original run, but in what's becoming a trend, revivals are popping up within a decade of their original productions. (To wit, this season, we'll see a revival of The Color Purple, which debuted on Broadway in late 2005, and played through February 2008.)

If you know how I feel about revivals, you might think I would have been skeptical of this Spring Awakening revival, even more so because I loved the original Broadway production so much. But from the start, there was something different about this. Deaf West is a Los Angeles-based theatre company that, for the last 25 years, has been producing productions performed in American Sign Language (ASL). As noted in a Playbill insert, Deaf West's mission is to create "not just good sign language theatre, but good theatre that transcends boundaries." This meant that Spring Awakening would be performed using both spoken word/song and ASL. That's reason enough to reexamine the material, and revive the show.

And I was blown away. 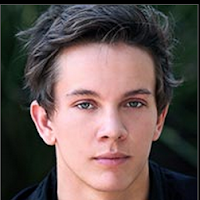 Spring Awakening tells the story of adolescents in Germany circa 1891. Some of the young people's parents encourage curiosity and err on the side of arming their children with facts. Other parents try to shelter their children, telling them, for example, that a baby is created when a woman and her husband love each other, rather than explaining sex—the anatomy, the emotion, the joys and the possible outcomes. Still other parents demand excellence from their children, and abuse them (physically, emotionally, psychologically) when said children fall short. And so these young people—these sponges who are so eager to learn, who yearn to figure out who they are and what life is—try to figure it out for themselves.

Melchior (Austin P. McKenzie) is the ultimate cool guy; he's smart and curious. His mother (played by Marlee Matlin) encourages his study and so he knows more than his sophomoric classmates. He is brash and full of big ideas about the world. His best friend, Mortiz (Daniel N. Durant, voice by Alex Boniello) isn't quite as lucky. He's haunted by visions of a woman; he doesn't understand his sexuality and is in jeopardy of failing out of school. His father (played by Russell Harvard) is uncompromising in his demands of Moritz, and Mortiz has a tragic reaction.

Meanwhile Wendla (Sandra Mae Frank, voice by Katie Boeck) is naive but desperate for something, though she can't quite name it. (Camryn Manheim plays Wendla's sheltering mother.) The other girls and boy all fall somewhere on that spectrum, with Ilse (Krysta Rodriguez (First Date), who was a swing in the original production of Spring Awakening) being the one who got out of the village, yet even though she's a little more world-wise, she is still lost in the woods. (The great Patrick Page (Casa Valentina) plays the boys' teacher; he and the three other "adult" actors, Matlin, Harvard and Manheim, all play various adults in the show.)

Directed by Michael Arden, with associate direction by Blake Silver and choreography by Spencer Liff (Hedwig and the Angry Inch), this Spring Awakening captures the essence of Steven Sater and Duncan Sheik's musical (which was based on the Frank Wedekind play) while shedding new light on the moving material. The staging crystallizes that the boys are trying to understand certain things about the girls and vice versa, yet the company all says/signs certain words and phrases to emphasize that we are so much more alike than we think.

Indeed, this production, with its mix of spoken/sung word, ASL and projected text, highlights the universal experience of being young. No matter what language we speak, it can be difficult to communicate, to be understood by our parents and our peers. That barrier can be removed, bearing a deeper understanding of one another, but it can also persist and foment greater divides. I appreciate how this earnest production allowed me to see one of my favorite shows for the first time again.

I had forgotten some of the details of the story; I had forgotten certain ephemeral qualities, like how the percussion sounds live and in person. I remembered that I loved the show. I remembered that it struck something in me (otherwise I wouldn't have seen it twice, let alone ten times), but I had forgotten how it made me feel. So even though I saw the original production not ten years ago, including its final performance in early 2009, I welcome this revival, with its angst, curiosity, romance, believers and guilty ones. Let us all question. Let us all own who we are. Let us all let the world know the wonder, no matter the language we use to sing the song of purple summer.
Andy Mientus Broadway Deaf West Duncan Sheik Krysta Rodriguez Michael Arden musical revival Spencer Liff Spring Awakening