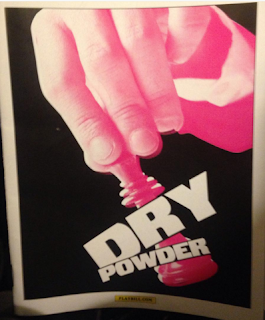 We're eight years removed from the crippling financial crisis of our age, yet few people understand what happened. What are "financial products," and what kinds of financial services do people in finance provide? I could give you a jaded and cynical answer, but instead I'll focus on the finance people at the center of Sarah Burgess's new play, Dry Powder.

(If you do want an in-depth look at the financial crisis, read Matt Taibbi's Griftopia.)

The title is a finance term referring to liquid assets or a cash-on-hand fund. Unlike restricted funds, dry powder can be used on short notice and for a variety of purposes, whatever the finance people, like the private equity folks of Dry Powder, deem a worthy investment. Burgess is clever, though, and throughout her smart, sharp play, it seems dry powder can refer to not just funds that are expendable, but people, too.

Rick (Hank Azaria) is the founder of a private equity (PE) firm, and Jenny (Claire Danes) and Seth (John Krasinski) are his co-founding partners. Younger and newer to the biz (though not green by any means), Jenny and Seth are almost like siblings pitted against each other, seeing who can impress dad more.

In the few days we spend with Rick, Jenny, and Seth, they are in the aftermath of a public relations snafu: on the same day they fired several employees from Shop Rite, a recent acquisition, Rick threw an opulent engagement party for himself and his beloved (whom we do not meet). Jenny is laser focused on dividends, meanwhile Seth brings a potential client (Jeff Schrader (Sanjit De Silva)) to the table that would, in his plan, not only make money but also reflect well on the firm in terms of PR. The rest of the play finds Jenny and Seth jockeying for position, each of them trying to convince Rick that their plan is the one to follow. (Think Showtime's House of Lies, but tamer.) 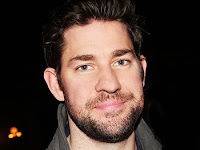 This makes the show art for Dry Powder spot on. Rick, Jenny, Seth, and even Jeff are all playing a game of chess. The winner has to see the whole board, predict each move, tactically respond to his/her opponent, even when the opponent doesn't appear to be making a move. We lean in as Azaria (The Simpsons, The Farnsworth Invention) stalks the stage like a (slightly wounded) panther. We empathize when Krasinski (The Office) and De Silva talk about the human side of the deal. We sit at attention when Danes (Homeland) plots and makes her case. (Kudos here to director Thomas Kail (Hamilton).)

Burgess skillfully draws all four characters fully, giving each of them a distinct dialect, if you will. None of them speak in exactly the same way, helping to distinguish their personalities. (BTW, Danes seems to have the strongest command over the financial jargon.) For all its merits, including Kail's use of Rachel Hauck's scenic design as a storytelling device, I found Dry Powder to be just fine. In the program notes, Public Theater artistic director Oskar Eustis writes, "It is rare...that I read a play...and immediately announce, 'We're producing this.' But that's exactly what happened when I read an early draft of Dry Powder." He goes on to say he was struck by Burgess's writing (I agree), and that he sees this play as an attempt to dramatize American capitalism in the vein of Death of a Salesman (I disagree). In short, it appears Eustis saw potential in Burgess (this is her first major professional production); it seems she has dry powder in reserve.
Claire Danes Dry Powder Hank Azaria John Krasinski off-Broadway play Public Theater Sanjit De Silva Sarah Burgess Thomas Kail