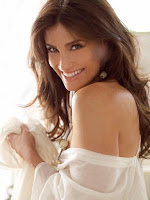 It's an Honor
Tony Awards—Broadway's biggest night is this Sunday, June 11! Here are some things to know: