The 19th annual SAG awards, which honor both film and television, will be handed out on Sunday, January 27, 2013.

Here are the nominees, along with my commentary. You can also view the list of nominees on sagawards.org. (My review, if available, is linked to in the first mention of a film or TV show.)

Outstanding Performance by a Cast in a Motion Picture:
Nothing particularly surprising about this except for the exclusion of The Master. Lincoln, in particular, has an incredible ensemble, with notable names and faces (and many theatre veterans) in almost every single speaking role. On the other hand, the cast of Argo, it seems, had to work as an ensemble - a cohesive unit - more than any other. 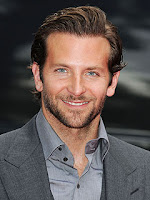 Outstanding Performance by a Male Actor in a Leading Role:
Look for this slate of actors in most of the award shows. I've only seen two of the performances (Cooper and Day-Lewis) but we know that Hawkes, Jackman and Washington are all reliably good actors. 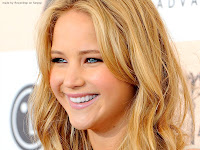 Outstanding Performance by a Female Actor in a Leading Role:
With the exception of Lawrence and Cooper, we once again have a slate nominees in which there are no leading pairs nominated. I find this to be a strange development in the kinds of films being made, and, in particular, the kinds of roles being written for women. I want a George and Martha for the screen! Give me a great leading pair, like Lawrence and Cooper; that - a relationship - is fascinating to watch.

Outstanding Performance by a Male Actor in a Supporting Role:
While I haven't seen Django Unchained and therefore haven't seen Leonardo DiCaprio's performance, I'm still shocked to see him left out of this category. But, all the nominees (with the exception of Bardem, whose performance I haven't seen) do great work.

Outstanding Performance by a Female Actor in a Supporting Role:
As I mentioned yesterday in my write up of the Critics' Choice Movie Awards nominations, most prognosticators say Hathaway has a lock on this category. Still, you never know when actors might get sentimental and go with an old favorite.
Television

Outstanding Performance by an Ensemble in a Drama Series:
While I'm disappointed The Newsroom ensemble isn't nominated, I can't deny how deserving the nominated ensembles are. (Of course, I don't watch Mad Men but everyone raves, so...) However, you'll note below that there are six nominees in the comedy category and only five in this one. What's going on there?

Outstanding Performance by an Ensemble in a Comedy Series:
Given the nominees, my vote's for Modern Family, but I wish Parks and Recreation was nominated. That show has such a deep bench and is consistently one of the funniest shows on television.

Outstanding Performance by a Male Actor in a Drama Series:
Being nearly caught up on Breaking Bad, and having watched the transition of Walter White throughout season four, much as I like the other nominees, I have to go with Cranston.

Outstanding Performance by a Female Actor in a Drama Series:
This makes Smith a double nominee. (Note that, typically, for Downton Abbey Smith would be nominated in the supporting category, not leading, but there is no supporting category for television work in the SAG Awards, which I think is a gross omission.) Good as the nominees are, how do you bet against Danes?

Outstanding Performance by a Male Actor in a Comedy Series:
Actors love Alec Baldwin so don't be surprised if he walks away with the trophy.

Outstanding Performance by a Female Actor in a Comedy Series:
Very interesting category. First, it's always odd that Nurse Jackie is categorized as a comedy. It's a dark comedy at best, but it's much more in line with the dramas. (Regardless of the category, it's a terrific show!) Second, Emmy winner Julie Bowen was not nominated for Modern Family but her Emmy-less costar, Vergara, was. Third, everyone loves Betty White, though I think her nomination was mostly a sentimental choice. And between funny ladies and Golden Globe hosts Fey and Poehler, it's a tough call but I have to go with Poehler because Leslie Knope could easily be disastrous in another person's hands.

Outstanding Performance by a Male Actor in a Television Movie or Miniseries:
While I have no dog in this fight, I think the slate of nominees—all successful feature film actors—speaks to how far TV movies have come since the days when they were mostly melodramatic stranger-danger pieces.

Outstanding Performance by a Female Actor in a Television Movie of Miniseries:
I liked Weaver in Political Animals, but other than that performance I haven't seen any of the nominees.

Honors for Stunt Ensemble
Outstanding Action Performance by a Stunt Ensemble in a Motion Picture
I like that the SAG Awards recognize stunt work.

Outstanding Action Performance by a Stunt Ensemble in a Television Series

And those are the SAG Award nominees. Tune into TBS or TNT on January 27 to see who wins and which stars will introduce themselves as actors at the top of the show. View the list of nominees at sagawards.org.
30 Rock Argo Boardwalk Empire Breaking Bad Downton Abbey glee Homeland Les Mis Lincoln modern family SAG awards Silver Linings Playbook the good wife The Master The Newsroom

Popular posts from this blog

Upon arriving home from seeing Stephen Adly Guirgis’s new play, The Motherf**ker with the Hat, I updated Facebook status with this: “Just motherf**king sat through The Motherf**ker with the Hat. Do not try this at home, kids.” And that’s my warning to you, too, dear readers. While this limited run is still in previews (it officially opens April 11), and that means changes are still being made (to wit: in the program, it is printed that the show will run with one 15-minute intermission; there was an insert in last night’s program superseding that, saying the show will run without an intermission), but I’m afraid that another two and a half weeks of previews won’t fix what ails this motherf**king play.
The Motherf**ker with the Hat was originally supposed to be produced off-Broadway at the Public theatre. In fact, the Public and its frequent collaborator, the LAByrinth Theater Company, are producers of the Broadway bow. Perhaps off-Broadway this would play better, or at least have an eas…
Read more
July 27, 2017

Donald Margulies is one of my favorite modern playwrights and after seeing his latest play I was reminded of why. Time Stands Still is currently playing a limited run at the Biltmore (actually now called the Samuel J. Friedman theatre, but it was the Biltmore when the original Broadway production of Hair premiered there in 1968 so I like to call it the Biltmore! Also, Hair is the Biltmore‘s longest running show, having lasted 1,750 performances) and with a great script to start with mixed with expert direction, a thoughtful lighting design and fantastic performances, this could easily run even longer at a smaller house.

Time Stands Still is really a beautiful character study so the plot is thin but the themes are rich. The story concerns a couple, James and Sarah, who travel the world as a journalist and photographer, respectively, covering atrocities and “important” news stories. At rise, James is bringing Sarah home to their Brooklyn apartment from a hospital in Germany, where she sp…
Read more