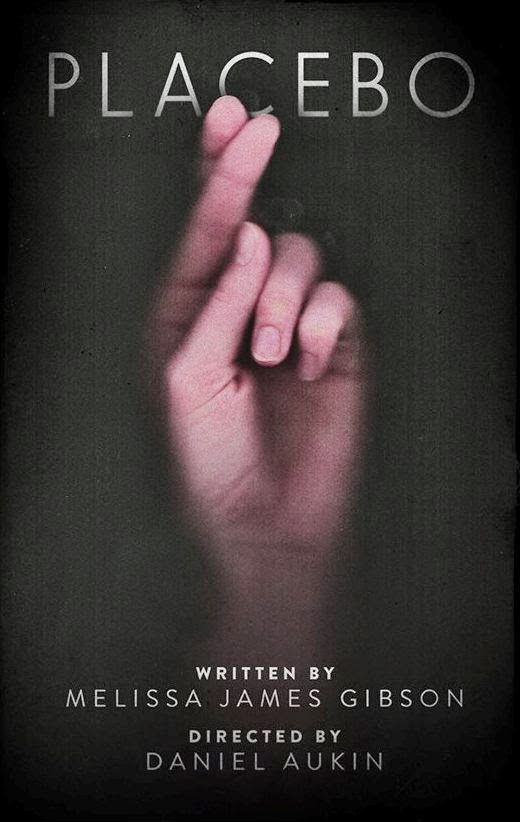 You might recall that Laura Eason's Sex with Strangers began and ended with the question, "Who are you?" That question begat other questions, like, do we ever really know our sexual partners? Melissa James Gibson (who, like Eason, is on the House of Cards writing staff) explores a similar question in her terrific new play, Placebo. 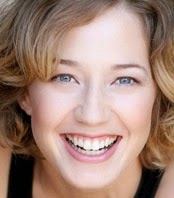 Whereas Eason used writers to tell her story, Gibson uses a doctoral candidate, Louise, and sets her story against a backdrop of medical experimentation. Louise (Carrie Coon) is a research assistant for a doctor who is doing a double blind study of a drug that aims to boost women's libidos. Through Louise's interactions with one of the patients, Mary (Florencia Lozano), another researcher, Tom (Alex Hurt), and her boyfriend, Jonathan (William Jackson Harper), we come to see that all relationships are really double blind studies; you never quite know your partner or how s/he will affect you. (As the show art suggests, perhaps all you can do is cross your fingers and hope for the best.)

It's difficult to know—with absolute certainty—if what you're feeling is real, or if it's what you want to or think you should feel in the situation. In other words, you never know if you're getting the real thing, or if you're simply feeling the placebo effect. You can't know this until the experiment is over, when the "blindfold" is removed (or, in this case, when the lab coat finally comes off—literally; effective staging is by Daniel Aukin (The Fortress of Solitude)). It's only then that you can be completely honest, start delving into the data and draw meaningful conclusions.

Gibson (This) pays great attention to detail in her word choice, with the characters engaging in Sorkin-esque semantic tete-a-tetes. That might sound tedious to some, but stick with it. The payoff comes when you see the specific word choices, malapropisms and other semantic tics come back around, bolstering the placebo effect argument. (Placebo, we learn from Jonathan, a classicist, means "I shall please," and has its roots in the first century, when people—the placebos—would be hired to mourn.)

All four cast members do great work, with Harper and Coon standing out. William Jackson Harper (Modern Terrorism, All the Way) creates a dynamic character, a sensitive man trying to finish his dissertation, and looking to the past to figure out his present. He's a formidable sparring partner for the fantastic Tony nominee, Carrie Coon (Who's Afraid of Virginia Woolf?, Gone Girl), who is on stage for the entire play, deftly moving around David Zinn's set (itself a layer in Gibson's thesis). Coon's detailed performance is one that sneaks up on you. She seems so natural, so laid back, that you almost let yourself think she's not doing anything. But she builds the character and goes on the emotional journey with Louise so in the end, you realize you were experiencing the real thing all along.
Carrie Coon Daniel Aukin Melissa James Gibson Placebo play playwrights horizons William Jackson Harper