The Fortress of Solitude 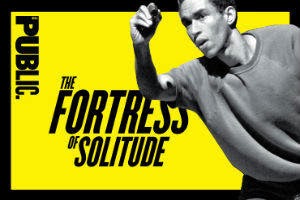 I was enjoying The Fortress of Solitude as I was watching it. Actually, I was enjoying it before the performance began, looking at the tagged scrim that served as a curtain (scenic design by Eugene Lee) and at the cultural timeline provided in the Playbill. The show began and I was struck by the harmonies and different but blended songs the talented cast was singing (music direction by Kimberly Grigsby). I continued to be in awe of some of the performances, the natural dialogue (book by Itamar Moses), the terrific pastiche score (by Michael Friedman). But as the adaptation of the Jonathan Lethem novel, directed by Daniel Aukin (Bad Jews), came to an end and then once it was over, I thought, "That's all?" It wasn't so much that the ending came too quickly (although, it sort of did); rather, it was that the ending left too much unexplored. Though the creative team and the company made a valiant effort, it would appear that the parts are greater than their sum.

My guess is that that feeling of something missing is due to Moses (Completeness) and Friedman's (Bloody Bloody Andrew Jackson) task of adapting a novel. I haven't read Lethem's tome, but I've read other novels and seen their stage and screen adaptations. The common pitfall is that novelists are able to provide such detail; the book can be as long as they want it to be, telling as lengthy and full a story as they desire; there is no limit but their imagination when it comes to what can happen. The same is not true for the stage (and, to a certain degree, the screen), so sacrifices must be made. The focus must be narrowed and some parts of the story simply cannot make it to the stage. 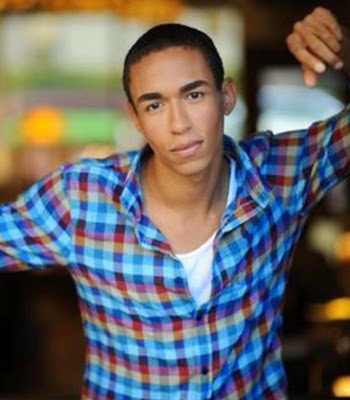 The story focuses on Dylan, brought to life by the gifted Adam Chanler-Berat (Next to Normal, Fly by Night) as a curious, sensitive sponge of a boy, struggling to find his identity amid new people, new ideas and time that are a-changin'. The first act takes place in Brooklyn, beginning in the 1970s. Dylan's mom, Rachel (Kristen Sieh), has moved the family from Berkeley to the New York City borough in order to expose young Dylan (named after the musician) to a different population. Rachel soon leaves, and Dylan is left with his dad, Abraham (an understated Ken Barnett (Too Much Sun)), and his mother's records, which provide solace. He finds a friend and kindred spirit in Mingus (a strong Kyle Beltran (Choir Boy)). The two quickly forge a seemingly unbreakable bond, but as we creep into the early 80s and Dylan opts for Stuyvesant High rather than the local public school, the relationship deteriorates, and the boys set off on different paths. Act two picks up in the late 90s, following adult Dylan from Los Angeles and Berkeley (where his girlfriend, Abby (the always impressive Rebecca Naomi Jones (American Idiot, Murder Ballad) is getting impatient) back to Brooklyn, where he sees, for the first time in years, what's become of the home he left behind.

As lengthy as that synopsis is, I've left out some other equally important details, like the fact that Mingus's father, Barrett Rude Junior (Kevin Mambo), is a singer who never quite made it, though Dylan cherishes some of his recordings. And the tumultuous relationship Junior has with his father, a convicted but paroled preacher played by the terrific Andre De Shields. With so much I left out, you can imagine, even if you haven't read the novel, what Moses and Friedman had to leave out. So it's understandable that I would feel like something's lacking.

Still, I was able to gather the crux of the musical (and, most likely, of the novel), which is the relationship between the two boys, Dylan and Mingus. They both like being alone, longingly singing about their own fortress of solitude (comic books and related imagery play a role in the show). They let each other into their respective fortresses and wind up hurt. As a reaction, they both retreat further into their individual fortresses, but find themselves—without someone to protect them—lonelier than ever. So, is seclusion the way to go or do we need people in our lives? The musical takes a bias, but in trying to cram in more than 25 years—a novel, a life—the message is blunted and isn't as powerful as it could be.
Adam Chanler-Berat Andre de Shields Daniel Aukin Itamar Moses Kyle Beltran Michael Friedman musical off-Broadway Public Theater Rebecca Naomi Jones