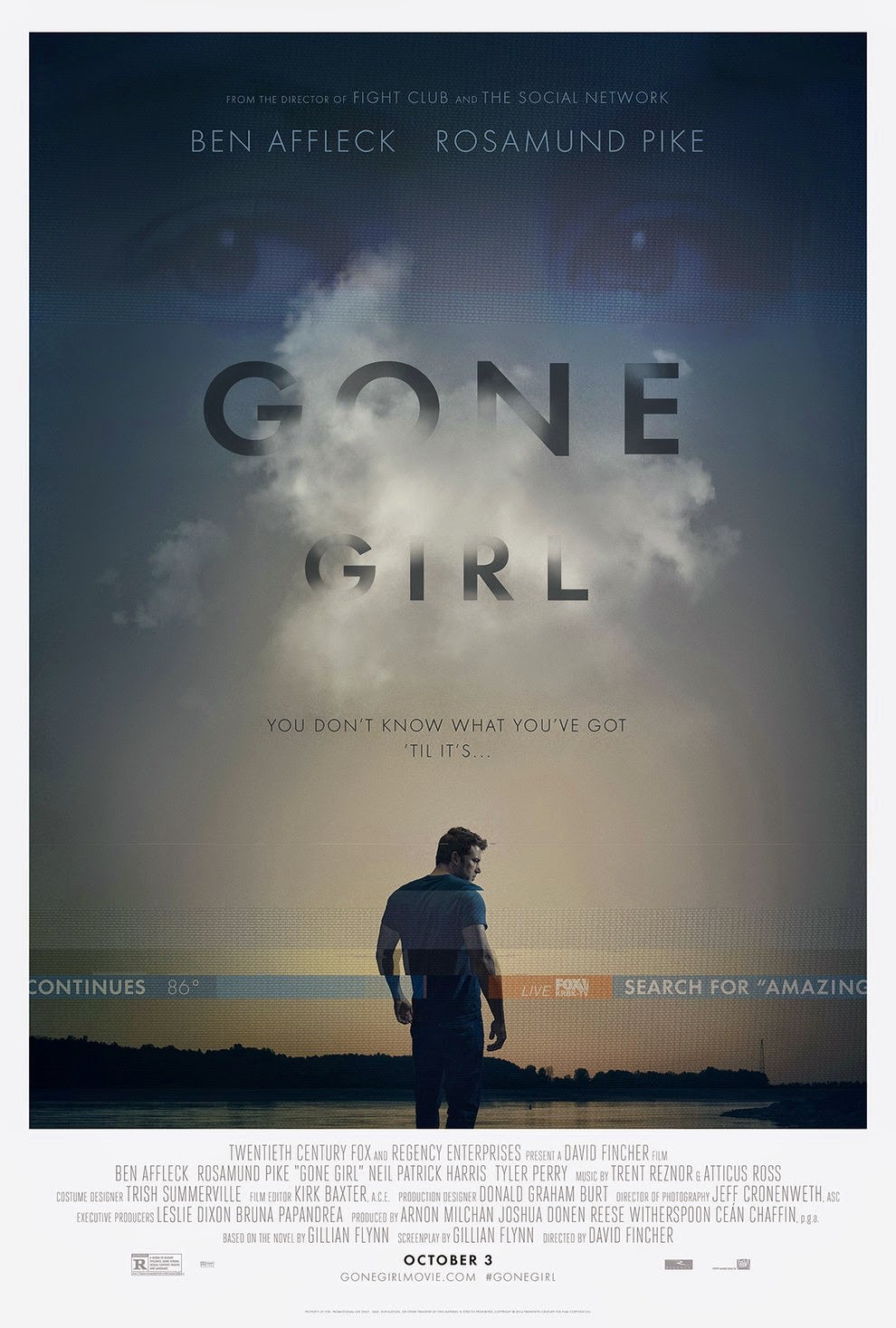 The first rule of fight club is don't talk about fight club. That's kind of how I feel about Fight Club and The Social Network director David Fincher's latest, Gone Girl. To talk at length about this adaptation of Gillian Flynn's best-selling novel (adapted for the screen by Flynn) would be to give too much away. I suppose if you've read the book then there aren't any spoilers to be found, but I didn't read the book before seeing the movie, so I found the movie suspenseful. I wouldn't want to spoil the fun for anyone else. And so, I can't talk about what I enjoyed the most about this caper.

I can tell you that the story revolves around the titular gone girl, Amy (Rosamund Pike, whose terrific performance I can't break down for fear of revealing spoilers). Her husband, Nick (Ben Affleck, a recent Oscar winner for Argo), is the prime suspect, as is often the case in such mysteries. Nick finds refuge with his twin sister, Margo (the superb Carrie Coon, a Tony nominee for Who's Afraid of Virginia Woolf? and a stand out in The Leftovers), who eventually convinces Nick to seek the help of all-star lawyer, Tanner Bolt (Tyler Perry). 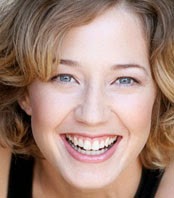 Actually, that brings me to something I liked that I can talk about: the casting. While there's no doubt about casting the phenomenal Coon, it was interesting to see Perry, who's usually in drag and outrageous, in this kind of role in this kind of film. It was equally unexpected to see former SNL player Casey Wilson in a featured role. And expanding his range was Tony Award winner Neil Patrick Harris (Hedwig and the Angry Inch) in a brief but pivotal role.

Prognosticators say Gone Girl is an awards contender, and I can see that happening. As with The Social Network, I was impressed with Trent Reznor and Atticus Ross's haunting, pulsating score. (The pair won an Oscar for The Social Network.) Likewise, Fincher is in top form, building suspense with unflinching candor. My one gripe? It is definitely not a date night movie, despite what the misguided marketing would have you believe. And if you are taken on a date to see Gone Girl, run!
Ben Affleck Carrie Coon David Fincher film Gillian Flynn Gone Girl movie