Macy's Thanksgiving Day Parade
The annual Thanksgiving morning tradition will feature a slew of sure-to-be-great performances. Among those scheduled to perform are the casts of Fiddler on the Roof; School of Rock; The King and I; On Your Feet; Something Rotten; and Finding Neverland, plus a sneak peek at NBC's live telecast of The Wiz. Of course, the Rockettes will also appear, as they herald in the Christmas season from Herald Square. In addition, viewers can expect to see Pat Benatar and Questlove + Sesame Street muppets, among other pop stars. Tune into NBC on Thursday, November 26, to catch all the fun. Broadway.com has the full list of performers. And head to Playbill to see Broadway's performance schedule for Thanksgiving week. (Many shows have cancelled Thursday performances and added Friday matinees.) 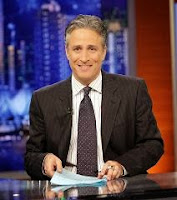