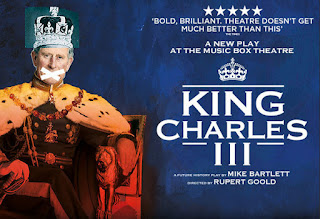 A future history play. Sounds implausible, but playwright Mike Bartlett (Cock) has crafted exactly that. King Charles III, directed by Rupert Goold, is epic and provocative, just like the classic Shakespearean history plays, like Richard III, and, like a history play, is written as a look back on an exceptional moment in history. Unlike most history plays, though, nothing depicted in the play has actually happened...yet.

Taking place in the not-so-distant future, King Charles III imagines what it will be like when Queen Elizabeth II passes away, and Prince Charles becomes the titular king. Bartlett conjures a reign that is fraught with the politics of The Crown in Parliament—the duel between the crown and the popularly-elected leaders—and intra-palace politicking. 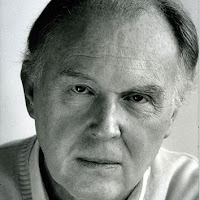 The catalyst for most of the goings on is a bill that seeks to limit the free press. The prime minister, Mr. Evans (a terrific Adam James), who is for the bill that has already passed Parliament, brings the bill to King Charles (Tim Pigott-Smith, bringing the best kind of sturm und drang to the role) for his signature. As explained in the play and in Playbill notes, "for a Parliamentary bill to become law, the monarch must give Royal Assent. This has not been withheld since 1708..."

But King Charles disagrees with the bill. And King Charles is grappling with how to be King Charles, a role he could only pine for for so many years. He has only looked at what it is to reign, he has never experienced it. He thinks about his legacy and what kind of king he wants to be. He wonders how to find his own voice, and soon finds that even as King Charles III, he doesn't have much say. (It's no coincidence that freedom of the press and free speech are in question since Charles discovers the king's speech is censored.) King Charles withholds his assent, setting off a crisis of confidence and a battle both within Buckingham Palace and between the crown and Parliament. 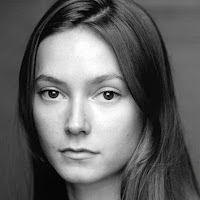 Along the way, Bartlett guesses about the private lives and dealings of such a private public family. We see Charles's Camilla (Margot Leicester) bucking up the king. We see Prince Harry (Richard Goulding) discover what a "normal life" might be like, aided by the plucky Jess (Tafline Steen). We see Prince William (Oliver Chris) struggle with the desire to do what's right according to family, according to public perception, and according to tradition, and like the other men in the play, he is aided by a women, his cunning wife, Kate (Lydia Wilson).

I couldn't stop thinking about the West Wing episode title, "The Crackpots and These Women." That's what the royal men are dealing with, and Kate makes great use of their and others' underestimation of her. She explains (in a direct address (there are several throughout), akin to a Shakespearean soliloquy) that she is expected to look beautiful, and to smile, and to produce babies. Most people don't expect her to use her brain, and so she is able to watch, and plan, and take action. Though she has not been anointed with power, she uses her power as a woman to do what the men in her life can't or won't. Among the many fascinating arcs in the play, this is perhaps the most intriguing