Bette Midler to Star in Hello Dolly
The Divine Miss M will star as Dolly Levi in a 2017 revival of Hello Dolly. Bette Midler was last seen on Broadway in 2013's I'll Eat You Last: A Chat with Sue Mengers. Midler will be directed in Hello Dolly by Jerry Zaks, with Warren Carlyle choreographing. (Scott Rudin is the lead producer.) Though the production does not have a theatre, it's been announced that previews will begin March 13, 2017. Opening night of the Jerry Herman–Michael Stewart musical is scheduled for April 20. Playbill has more.

The Most Incredible Thing
New York City Ballet soloist and resident choreographer Justin Peck (Everywhere We Go, New Blood) is putting the finishing touches on his new ballet, The Most Incredible Thing, which premieres on February 2. Based on the Hans Christian Andersen fairy tale, this will mark Peck's first narrative ballet. Ever the collaborator, Peck is teaming with composer Bryce Dessner and artist Marcel Dzama to create the score and the costumes + scenery, respectively. New York magazine's The Cut has more about how the trio is working together to create this monumental ballet, which boasts a 56-person cast. What the trailer (directed by Peck) below, and then head to nycballet.com/incredible to purchase tickets. 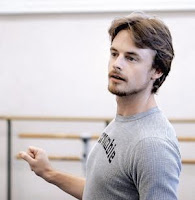 Lincoln Center Festival
The lineup for the 2016 Lincoln Center Festival, now in its 20th season, has been announced. The festival includes a drumming quartet; traditional Japanese Noh theatre; the Shakespeare's Globe production of The Merchant of Venice, starring Jonathan Pryce as Shylock; several symphonic and chamber music performances; an all-female, all-Japanese production of Chicago; and the US debut of Tony winner Christopher Wheeldon's full-length ballet of The Winter's Tale. Programming will run July 13-July 31. Visit lincolncenterfestival.org to see the full schedule.

Critics Choice Awards
Winners of the Critics' Choice Awards, honoring excellence in both film and television, were announced. The Wrap has the full list of winners. Herein, highlights:

Grease Live
Grease Live airs next Sunday (January 31), at 7pm, and there's plenty to gab about leading up to the broadcast. Late last week, we got some Frency lessons: We learned that Didi Conn, who played Frenchy in the beloved film, will make a cameo in the Grease Live broadcast (visit Theater Mania for more), and that Tom Kitt and Brian Yorkey (the duo behind Next to Normal and If/Then) have written a song for Frenchy (visit Playbill for more). Next, Broadway.com caught up with the cast to chat about their high school crushes, and Theater Mania had the cast introduce themselves and their characters. On Monday, Grease Live star Aaron Tveit (Next to Normal, Graceland), appeared on Today to talk about stepping into the iconic role of Danny Zuko. And below is the latest trailer, which features Tveit singing a bit of "Greased Lightning." 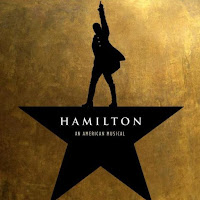 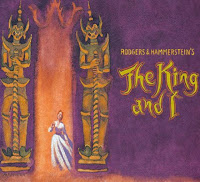 The Kings and I
Tony winner Kelli O'Hara will welcome three kings this spring. Beginning March 1, Ken Watanabe will return to the role that earned him a Tony nomination last year. On April 19, Jose Llana (Here Lies Love), who stepped into the role of the King of Siam last fall, will once again succeed Watanabe. And on May 3, Daniel Dae Kim will begin an eight-week run with the show, making his Broadway debut. This gorgeous, Tony-winning revival of The King and I continues its run at Lincoln Center's Vivian Beaumont Theater. Broadway.com has more.