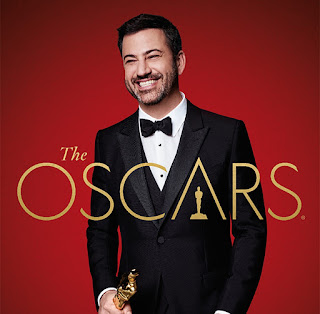 The winners for the 89th Academy Awards have been announced and honored. Herein, the full list of winners. (Winners are notated with an asterisk, and are in bold typeface.)

Best Picture
Maybe the best moment and surprise of the night, the right movie actually won! And you know that "There's been a mistake. Moonlight, you guys won Best Picture," will be not only be remembered for years to come, but will also be part of the Oscars promo next year with a tagline like, "It's live. Anything can happen."

Actor in a Leading Role

Actress in a Leading Role

Actor in a Supporting Role

Actress in a Supporting Role
Viola Davis not only adds to her trophy shelf, but this, her first Oscar win, is an award for a role that already netted her a Tony, (in 2010) joining a select few to have won an award for playing the same role in different mediums.

Directing
As noted during the broadcast, at 32, Chazelle is the youngest person to win this award.

Adapted Screenplay
This is so well-deserved, and Jenkins's and McCraney's pathos and passion were on full display in their beautiful, important speeches. (Remember that McCraney is also a playwright, who's Head of Passes was one of the highlights of 2016.)

Original Screenplay
Bravo to playwright Lonergan, who was recently on the off-Broadway boards with Hold On To Me Darling.

Original Song
I'm thrilled for theatre kids Pasek and Paul (though I thought "Audition" was, contextually, a more potent song), and loved Benj Pasek shouting out to the kids who sing in the rain and the moms who let them. (Also, go see Pasek and Paul's original Broadway musical, Dear Evan Hansen as soon as possible!)

And there you have it: The winners for this year's Oscars. Congratulations to not just the winners, but the nominees and all who were eligible—you made something. Well done!
Academy Awards Arrival Barry Jenkins Benj Pasek Casey Affleck Damien Chazelle emma stone Kenneth Lonergan La La Land Mahershala Ali Moonlight oscars Pasek and Paul Tarell Alvin McCraney Viola Davis