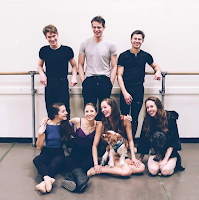 Rising in the Ranks at NYCB
Several New York City Ballet dancers were promoted just before the February 19 performance. Russell Janzen was promoted to principal dancer. He joined the company in 2008, and was promoted to soloist just a couple years ago. In addition, seven corps de ballet members were promoted to soloists: Sara Adams, Harrison Ball, Emilie Gerrity, Joseph Gordon, Unity Phelan, Troy Schumacher, and Indiana Woodward. Merde to all the dancers! The NYCB winter season continues through this weekend, and the spring season begins in April. The New York Times has more about the promotions.

Oscar Isaac–led Hamlet Confirmed
You might recall that a production of Hamlet, starring Oscar Isaac (Inside Llewyn Davis) and directed by Tony winner Sam Gold (Fun Home, John), was supposed to play at Theater for a New Audience this year. Those plans fell through, and it was heavily rumored that the production would play at the Public. This week, the venerable downtown company confirmed the Hamlet will play the Anspacher Theater beginning June 20. Opening night is set for July 13, and the limited engagement is scheduled to conclude September 3. In addition to Isaac (in the title role), who has performed in two Shakespeare in the Park productions, the cast includes the incredible Peter Friedman (Fly by Night) and comedian Keegan-Michael Key (Key and Peele), who is a classically trained actor. As Broadway World reports, Public Supporter and Partner tickets go on sale March 7; member tickets go on sale March 9; single tickets go on sale March 30. 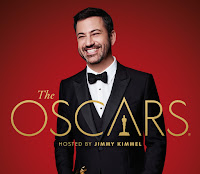 It's an Honor
Academy Awards—The Oscars are this Sunday, February 26. Here are some Oscar-related things of interest:

Emmys—Additional categories have been added to the Emmy Awards, honoring excellence in television. The Television Academy Board of Governors added Music Supervision and Reality Series Casting to the slate of Emmy categories. Nominees for the 2017 Emmy will be announced July 13, with the ceremony, hosted by Stephen Colbert, taking place on September 17. Variety has more. 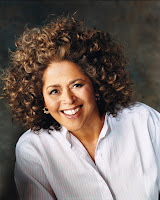 Career Achievement—The multi-talented Anna Deavere Smith (Notes from the Field, The West Wing) has won the George Polk Award for Career Achievement, one of the top journalism awards. (Smith's work is deeply researched and journalistic.) Deadline has more.

Writers Guild Award—Academy Award and Emmy winner Aaron Sorkin (The Social Network) received the WGA Paddy Chayefksy Laurel Award for Television Writing Achievement, awarded for his career contributions to TV writing. The Newsroom and Steve Jobs actor Jeff Daniels presented Sorkin with the award, and Sorkin gave a rousing speech about the power and responsibility of being a storyteller. Watch below.