By the Way, Meet Vera Stark 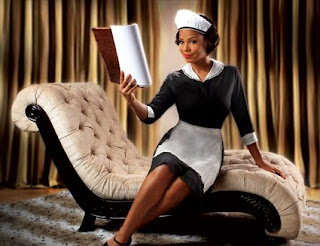 It’s 1933 in Hollywood and Vera Stark (Sanaa Lathan) is helping the actress for whom she works, Gloria Mitchell (Stephanie J. Block), run lines for an upcoming audition. Vera has aspirations of becoming a working actress (and not an actress who works, as a maid, let’s say), as do her friends and roommates, Lottie (Kimberly Hebert Gregory) and Anne Mae (Karen Olivo). The problem is, as difficult as it is for anyone to break in to the business, it’s even harder for Vera because she’s black. Throughout the first act of Lynn Nottage’s By the Way, Meet Vera Stark, Vera and the others must figure out just how far they will go – and how much they will betray their beliefs – in pursuit of becoming a star.

And exactly what they did to attain stardom and what happened afterward is the subject of act two, set in 2003 with flashbacks to 1973. (Trust me, it’s not confusing.) With the exception of Lathan and Block, all the actors portray different characters in act two, commenting on Vera and Gloria’s life. 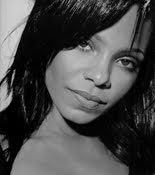 This structure made me think of Sunday in the Park with George, the Pulitzer Prize winning Stephen Sondheim musical in which act one shows us Georges Seurat “finishing the hat” (creating art) and act two shows us folks, generations later, creating new art and commenting on artistry. So too, in Vera Stark. In act one, Vera and Gloria try to impress Fredrick Slasvick (David Garrison), the producer, and Maximillian von Oster (Kevin Isola), the director, and win roles in their latest film. And in act two, Herb Forrester (Daniel Breaker) hosts a panel discussion regarding Vera’s career, commenting on the merits of Vera’s choices and her role as a motion picture pioneer.

I didn’t have a particularly strong reaction to the new play, running at Second Stage Theatre and directed by Jo Bonney, though it was engaging enough to pass the time. I would say that overall, I liked certain pieces more than I liked the whole thing. 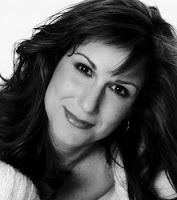 The set design by Neil Patel (Hair (and many others)) was terrific. There were four settings in total (if memory serves) and each had a distinct look. But the thing I liked most was that in changing the sets, we got to see the entire backstage area. This made it feel like we were really watching a movie being made. I felt immersed in the world and that helped to capture and hold my attention.

The other standout was the flirtation between Vera and Leroy Barksdale (Breaker’s act one character). I think that flirtatious banter is the most difficult thing to write, and for actors it can be trying to pull it off. If your actors don’t have chemistry, even the greatest, Aaron Sorkin-penned exchange will fall flat. This wasn’t the case. Playwright Nottage wrote strong characters in Vera and Leroy, and she didn’t let either one of them wander off into cutesy-land in order 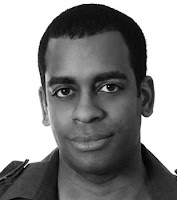 to get their flirt on. Nor did Nottage stoop to crass language or overt, cheap sexual innuendo. Instead, Vera and Leroy used their wits – and musical talents. Leroy starts scatting for Vera, snapping along and staying close to her ear. It was a smooth, sultry moment that certainly seduced me.

With Vera Stark’s second act, it seems Nottage is struggling with how to view the legacy of African-Americans working in the arts over the years, and even how they are treated, perceived and used today. In fact, the very last line of the play, uttered by discussion moderator Herb, is, “Questions?”

When I stayed after the performance for a post-performance discussion with Nottage, she revealed the inspiration for By the Way, Meet Vera Stark. (Including the “by the way” part of the title.) Nottage said that she had been watching the Barbara Stanwyck movie Baby Face and was impressed by the actress Theresa Harris. Baby Face was made pre-code (the Code comes up as lot in Vera Stark), and Harris spent nearly the same amount of time on screen as her white co-star, Stanwyck. Yet, she played the maid and continued to play such a role throughout her career. Nottage found this and Harris’s friendship with Stanwyck interesting and proceeded to write Vera Stark as an exploration of the relationship. The title of Nottage’s play came about because when Nottage was watching the movie, Harris wasn’t credited in the movie. (Now on IMDB.com, Harris is credited, though her credit doesn’t even make it in to the top ten.) Harris was essentially relegated to an “also there” role; by the way, this person is here and in the movie. And thus, Nottage invites to, by the way, meet Vera Stark.

For more information about By the Way, Meet Vera Stark and to purchase tickets, visit Second Stage’s website at 2st.com.