Seance on a Wet Afternoon 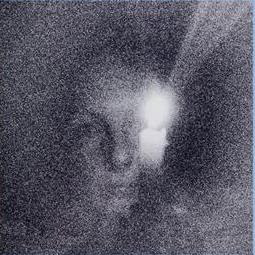 On Friday night, I went to the opera for the very first time, dear readers. While I didn’t care for this opera, Stephen Schwartz’s Seance on a Wet Afternoon, it did, oddly enough, make me more curious to go back to the opera, albeit for something more traditional (read: a love story) and something in Italian.

(Spoiler alert: The rest of the post contains what may be spoilers for people unfamiliar with Next to Normal.)

You see, Seance was written and is performed in English (with English supertitles) and the plot is that of a B-rate horror movie. A medium, who has visions of her dead son, and her husband plot to kidnap a young girl; the medium will then go to the girl’s family and offer her clairvoyant services to help find the girl and, in doing so, will gain fame (and, more important, fortune) from rubberneckers. That’s the plan, but, as we know, things don’t always turn out as planned.

The material wasn’t very good. Based on a novel by Mark McShane and a screenplay by Brian Forbes, Wicked composer Schwartz wrote the music and libretto for Seance (with an assist from William David Brohn for the orchestrations), and it doesn’t quite capture, well, much of anything. The lyrics/book are trite and elementary, using the simplest words to get across the point. I don’t demand major complexity in my librettos, but this was borderline silly (and that wasn’t the opera’s aim).

The music was nice (and the talent undeniable, with a cast that included Lauren Flanigan, Kim Josephson, Melody Moore and a young Michael Kepler Meo as Arthur, the dead son) if not entirely original sounding. Knowing Schwartz composed Wicked and being so familiar with that score, it was difficult to listen to Seance’s music, particularly the opening piece, without hearing traces of Wicked. There were even moments in the score that sounded like they would fit perfectly into “No One Mourns the Wicked.” And it wasn’t just me and my familiarity with Wicked. My friend who joined me said she was reminded of the music from Beauty and the Beast (the Disney animated version). We agreed that some parts of the score sounded just like the music in the prelude, when the voiceover is telling of the spell and we see the encased enchanted rose. Both Beauty and the Beast’s and Wicked’s scores are lovely and perfectly pleasant to listen to, but I was a little disappointed that those similarities meant the score for Seance sounded derivative.

Aside from that, I went through a progression of responses to the form; this being my first opera, I had a series of visceral reactions to the style of storytelling.

At first, it was odd having everything sung. When a character sang, “I’ll get you that car you always wanted,” my friend and I giggled, and I thought, “Okay, now I can understand why some people have difficulty buying in to musical theatre.” But I like, nay, love musical theatre so what was going on? Well, in musical theatre, the songs take over when the character’s emotion is so great s/he has no other choice but to sing about it; singing is the only way to properly express that emotion. So when, in opera, everything was sung about, there seemed to me very little variance in the emotional urgency. If you’re singing about buying someone a car, the stakes seem very low.

But then I thought, “What about American Idiot?” That is a rock opera. There’s no book to speak of, save for a few lines of dialogue here and there. Like traditional opera, the entire story - emotions and all - are told through song. And that’s when the biggest difference dawned on me: Seance is prose and American Idiot is poetry. That’s not just me giving props to American Idiot. Gilbert and Sullivan operettas are poetry, too. This, someone singing “I’ll get you that car you always wanted,” is prose. And that’s why it didn’t work for me as a song.

I suppose it’s something I could get used to with more exposure to the form. Right now, my expectation from lyrics is poetry. I look for that in musical theatre numbers and in popular music, from Frank Sinatra to Foo Fighters. Song lyrics may express the simplest and purest sentiments but what’s so moving about songs (good songs, that is) is that they express these things in a wonderfully worded way. (This is why I like Aaron Sorkin’s writing so much. He doesn’t trade in base language; he finds a way to turn an ordinary argument against hunting, to take an example from Sports Night, into a thrillingly poetic one.)

This aversion to sung prose had my friend and me thinking that we are now even more inclined to see an opera (dealing with the classic theme of love) in Italian. Neither of speaks Italian and I think that would be a good thing. Instead of deciphering every word, we’ll gather the story from the actions and focus on the melody and the voices. So, dear readers, while I can’t recommend Seance on a Wet Afternoon, I’m pleased to report that it didn’t dampen my spirit, and, on the contrary, made me more excited to go back for another night at the opera.