On a Clear Day: In Concert 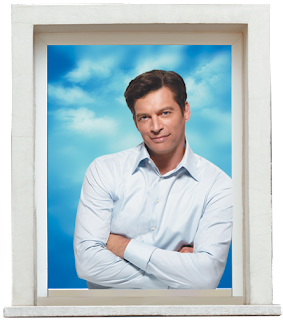 Michael Mayer has done it again. I had the terrific pleasure of seeing the Vineyard Theatre’s development lab production of On a Clear Day You Can See Forever this weekend. Lab productions offer artists an opportunity to present their work to an audience, but without the concern of critics or box office receipts. As such, they are not meant to be reviewed so here I’ll give you just a little hint of what you can expect when the show comes to Broadway this fall.

Visionary director Michael Mayer (most recently of American Idiot fame) has played around with time and gender in this revival of Burton Lane and Alan Jay Lerner’s musical. (You probably remember Barbra Streisand in the movie version.) The results are simply lovely. I can’t think of another word to describe it other than lovely.

The score (which, according to the show’s website, “is enhanced by classics from [the] film scores for On a Clear Day and Royal Wedding,” also written by Lane and Lerner) is sweet and lush, and was brought to life with just a piano and incredible voices. (Lawrence Yurman is the production’s music director and arranger.) Lane is also the composer behind Finian’s Rainbow, so it’s no surprise that this score has that same smooth feel to it. Peter Parnell has updated Lerner’s original book, placing the action in 1974, among other changes.

This production, labeled on the program as “On a Clear Day You Can See Forever: In Concert,” includes David Turner (goofy and charming recently in Arcadia) and Jessie Mueller, among others, both of whom give excellent performances. (Mueller has a beautiful, gentle jazzy voice.) Also in this production is Marc Kudisch. Unfortunately, Kudisch won’t be in the Broadway iteration; in his place will be Harry Connick, Jr. (I suppose the more accurate way to put this is that Connick will be on Broadway; he was unavailable for this Vineyard run so Kudisch magnanimously stepped in.) I say unfortunately because I like Kudisch so much. He has this smooth, dulcet voice; it’s a voice for radio but believe me, dear readers, he has a face for pictures! There’s an entrancing machismo and presence about him that I respond to (I’ve also enjoyed his performances in, among other, The Apple Tree and 9to5), and I wonder if I’ll feel the same way about Connick.

Dear readers, I am now very excited to see this on Broadway. In fact, I think of all the shows opening this fall (lots of musical revivals, including Follies and Godspell), I am most looking forward to seeing this. If the Broadway iteration is half as good as this Vineyard lab production, then it will be amazing!

For more information about the Broadway production, visit onacleardaybroadway.com. Previews begin November 12 in anticipation of a December 11 opening at the St James Theatre.

Visit vineyardtheatre.org for more information about the Vineyard’s 2011-2012 season.